A Confused Black Bear Broke Into This Alaska Zoo

A small black bear paid a visit to the Alaska Zoo in South Anchorage Wednesday morning, delaying the zoo’s opening.

According to Patrick Lampi, executive director of the zoo, the bear was spotted early in the morning by the night watchman, when it went up a tree. The zoo contacted the Alaska Department of Fish and Game, who arrived on the scene with a plan to get the bear safely out of the zoo.

“They have a policy of not darting bears in trees because of the danger to the animal falling out of the tree even if you have nets,” Lampi explained to TIME. “It is best to let the bear come down when it is ready.”

So Lampi delayed the zoo’s opening so the bear, which he estimates was about 3 years old and “recently pushed away by its mother,” could come down from the tree in its own time.

“We wanted to keep that entire area of the zoo quiet so it would feel comfortable coming down,” he said. “We recalled the Amur tigers into their dens so they would not scare the bear.”

The little bear eventually did come down, and was off the zoo grounds by 2 pm.

“Hopefully it learned a lesson on avoiding people,” Lampi said. 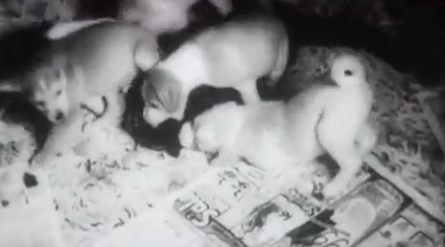 Here's Proof That Cute Puppies Have Always Been Newsworthy
Next Up: Editor's Pick