NASA has discovered an Earth-like planet orbiting around a star, which a NASA researcher called a “bigger, older cousin to Earth.”

Kepler 452b was discovered on NASA’s Kepler mission orbiting in the habitable zone around a sun-like star, or the zone in which liquid water could pool on the surface of an orbiting planet, according to a NASA statement.

About 12 planets had previously been discovered in habitable zones that had similarities to earth, but, “Kepler-452b fires the planet hunter’s imagination because it is the most similar to the Earth-sun system found yet,” NASA’s statement says. “A planet at the right temperature within the habitable zone, and only about one-and-a-half times the diameter of Earth, circling a star very much like our own sun.”

Along with Kepler 452b, this mission also found 11 other small habitable zone planets. “This exciting result brings us one step closer to finding an Earth 2.0,” said John Grunsfeld, associate administrator of NASA’s Science Mission Directorate.

Read next: See the Evolution of the Iconic Blue Marble Photo 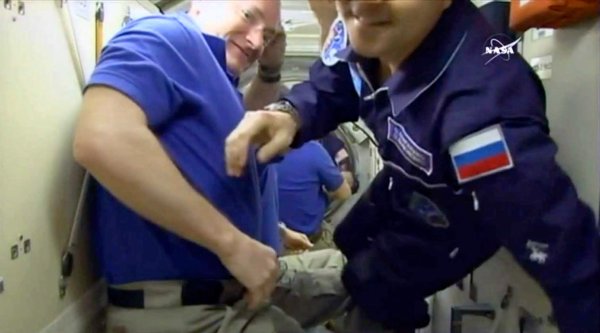 Watch Astronauts Join Crew on the International Space Station
Next Up: Editor's Pick