Taylor Swift Apologizes to Nicki Minaj: 'I Missed the Point'

Taylor Swift apologized to Nicki Minaj after accusing the rapper of trying to “pit women against each other” following Minaj’s criticism of the MTV Video Music Awards.

“I thought I was being called out. I missed the point, I misunderstood, then misspoke. I’m sorry, Nicki,” Swift tweeted on Thursday. Minaj was quick to accept the apology: “That means so much Taylor, thank you.”

After her “Anaconda” video was not nominated for Video of the Year on Tuesday, Minaj cited the snub as an example of the music industry ignoring the contributions of black women. When Minaj tweeted that her video would have had a better shot at recognition if it “[celebrated] women with very slim bodies,” Swift, whose “Bad Blood” was nominated for video of the year, interpreted the remark was a personal attack.

“I’ve done nothing but love & support you,” Swift wrote to Minaj on Twitter. “It’s unlike you to pit women against each other. Maybe one of the men took your slot.” Her comments were widely criticized by numerous outlets for taking Minaj’s argument, intended to critique popular culture at large, and making it about herself instead.

Even Katy Perry, long believed by fans to be the subject of “Bad Blood,” got involved with an apparent dig at Swift: “Finding it ironic to parade the pit women against other women argument about as one unmeasurably capitalizes on the take down of a woman…” 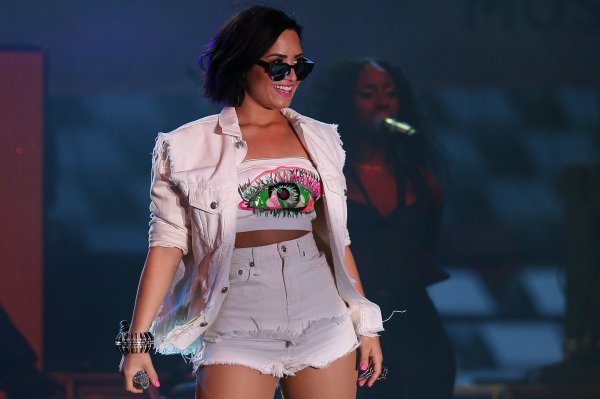 Demi Lovato's 'Cool for the Summer' Gets Even Cooler With This Cahill Remix
Next Up: Editor's Pick