The premiere episode of I Am Cait, on E!, represented both the most-anticipated reality-TV premiere in years, and the one that was anticipated with the largest aggregate of good feelings. Even defenders of the reality genre will admit that most reality series get their thrills from the unflattering angle, whether that angle depicts a newcomer voted off early or an established star exposing a whole new banal tragedy. But the Caitlyn Jenner story—that of the former Olympian and Keeping Up With the Kardashians star who announced earlier this year she had long identified as a woman—was depicted with an abundance of good taste by E! The show made its mark, in its premiere episode, with its willingness to risk boring the viewer.

Indeed, Caitlyn Jenner’s life seemed accurately depicted, with minimal flash—which is to say, tedious. Celebrities, particularly those who’ve publicly gone through a transition, don’t have it easy, but the ways in which their lives are hard aren’t particularly intriguing. A sequence in which Jenner is pursued by various paparazzi on the way to pay a charitable visit to the family of a trans teen suicide victim would, on a series that weren’t compelled to have so much on its mind, be cut together as a fun, exhilarating high-speed chase. Here, it’s a belabored journey, traversing various traffic-choked streets as we slowly realize just how high the bounty on photos of Jenner is, and what it means for her to be able to define how she’s seen in public in a world where the trans experience is still so challenging.

That extends to those around her. Jenner’s family members who visit her in the debut episode behave in a remarkably unremarkable manner. Her mother quickly overcomes qualms (despite forgivably failing to overcome pronoun confusion) and acts as a no-drama support system. Jenner’s sisters compliment her looks in a way that feels both deeply felt and not freighted with anything but love. A visit from Kanye West and Kim Kardashian provides a new angle, perhaps, on the pair (West ends up discussing his outré sneakers with Jenner’s less fashion-forward immediate family, while Kardashian combs through Jenner’s closet), but they, too, have little to offer but support.

The first episode of I Am Cait felt both like a well-earned victory lap and a move into a second phase. Jenner’s first three major pieces of media in the year 2015—her interview with Diane Sawyer in which she announced her transition, her print debut in the pages of Vanity Fair and her on-camera debut accepting an award at the ESPYs—were all done pitch-perfectly, acknowledging Jenner’s own growing-up process while continuously shedding light on trans people with far less privilege, asking the viewer to care about them, too.

But for as enlightening as that talk was, it was talk; the rubber is hitting the road, now. Jenner’s recent life experience is defined by unconditional love and ease. It’s a life, despite internal conflict, buoyed by both the money to purchase a whole new wardrobe at a moment’s notice and the wide-ranging family support to make that wardrobe seem like a good investment. The show doesn’t try to make drama out of Jenner’s own experience, because there’s none there. It doesn’t try, either, to make a story out of the plight of the family of a dead trans teen whom Jenner visits; they’re quietly mournful, pleased to see Jenner, and it ends there. The tone of the series is one of pleasant acceptance with only the lowest of speed bumps, because that’s what Jenner has been faced with so far as far as the public gaze has been concerned. We hear about self-doubt and recrimination, but only a lesser show would ever depict it.

But for all its unwillingness to indulge whatever is dark in Jenner’s life, the show has an apparent willingness, at least in its first episode, to place Jenner’s ease of life in contrast to that of a family who accepted their son but lost him anyway. That choice reveals something subversive and uncomfortable roiling under the surface. We’ve seen Jenner on ABC News as the possessor of a remarkable personal history, in Vanity Fair as a fashion plate, and on the ESPYs as an eloquent speaker. Connecting the dots, I Am Cait does more than any of those. It shows us the birth of a consciousness. It might end up becoming the defining reality show of a generation.

Read next: 7 Must-See Moments From the I Am Cait Series Premiere 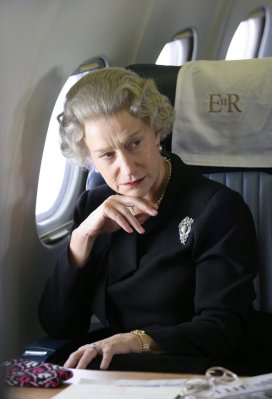 Here Are 13 of Helen Mirren's Best Roles
Next Up: Editor's Pick