We have celebrities because the world got too damn big. Back before telecommunications and even the Pony Express, people only knew those who lived close to them, so naturally they gossiped about the neighbors, fellow parishioners, and nearby relations that they all had in common.

But now that the world is so interconnected, we need people that everyone coast to coast recognizes so that a woman in Connecticut can have a conversation with her sister in New Mexico about someone they both know. It’s not going to be Suzy, the minister’s wife; it’s going to be Jennifer Lawrence or Selena Gomez or whatever pretty woman we are currently torturing on The Bachelorette.

Right now those people are Taylor Swift and Nicki Minaj, who appear to be feuding with each other on Twitter. After failing to get a MTV Video Music Award nomination for best video of the year, Minaj tweeted that videos that depict thin women get more attention. Swift, who is nominated in the category, responded to her to say that it was “unlike you to pit women against each other.”

The world got too big, and then Twitter managed to make it small again.

This is the promise of social media: It strips away the layers of publicists and agents and handlers and lets the stars speak directly to their fans—and each other—with no filters. It lets us see that celebrities might be a little bit rude or insecure or totally insane.

Before the Internet age, when there was a beef like this, it happened behind closed doors at some Hollywood party where none of us was invited, and we’d only hear about it if it hit the gossip columns. Now everyone can be right there in the mix, watching it unfold in real-time.

As the Minaj vs. Swift match was playing out, Kim Kardashian posted (and subsequently deleted) a tweet saying, “Imma let you finish…” seemingly an allusion to her husband Kanye West interrupting Swift’s acceptance speech on the VMA stage in 2009. Kardashian denies the connection. Swift’s fellow nominees, Ed Sheeran and Bruno Mars, started a fake Twitter feud to get in on the action. Breaking Bad actor Aaron Paul offered to intercede in the argument and get the two of them talking over pancakes. He even offered to pay!

But things really got interesting when Katy Perry chimed in, mentioning she found it ironic that Swift was talking about women tearing each other down when the song she is nominated for is supposedly Swift’s tear-down of Perry.

If this was all happening in a high school cafeteria, the principal would have been called over by now.

It certainly feels like we’re in one big high school cafeteria. Everyone with a Twitter account and Internet access can get involved. We all get to talk to the celebrities and watch them as they navigate a star-studded party every day where the only bar to admission is the ability to stay under 140 characters.

It’s unlikely that Swift will send me a direct message anytime in the near future, but she’s so close that I feel like I could reach out and touch her. The world is contracting, and that is only making our shared experience with these celebrities even better. Thanks to Twitter, everyone is close again, and it couldn’t be a better time to be part of the gossip. 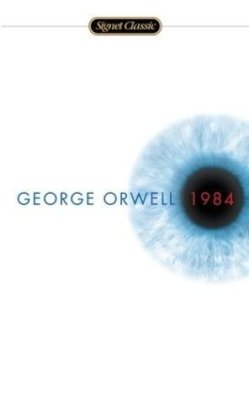 35 Books Everyone Should Read in Their Lifetime
Next Up: Editor's Pick