Trump Threatens to Run as a Third Party Candidate

The GOP is getting sick of Donald Trump—and it turns out the feeling is mutual.

Trump, the real estate billionaire running for the Republican presidential nomination, told The Hill that the Republican National Committee’s treatment of him during the primary season has led him to consider a third party bid for the White House.

“The RNC has not been supportive,” Trump said. “They were always supportive when I was a contributor. I was their fair-haired boy. The RNC has been, I think, very foolish.”

Of a potential third party bid, he said, “So many people want me to, if I don’t win… I’ll have to see how I’m being treated by the Republicans. Absolutely, if they’re not fair, that would be a factor.”

Reince Priebus, the head of the RNC, called Trump earlier this month after Trump’s inflammatory comments about immigration during his announcement speech. Priebus reportedly told Trump to tone down his rhetoric; Trump says it was just a friendly call.

Read next: See Donald Trump Hanging Out With Unlikely Celebrities 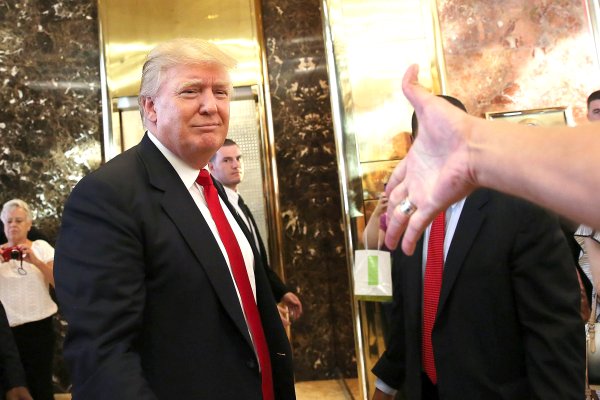 4 Things We Just Learned About Donald Trump's Money
Next Up: Editor's Pick