The Rise of the 'Good Divorce'

Parents are facing new pressures to unite as they part ways.
Gallery Stock
By Susanna Schrobsdorff

Most marriages don’t break up in a single, recognizable moment. It’s more like an irreversible fraying of the bonds between two people who are entwined in a thousand small ways. This is why separating can get so ugly, especially if children are involved. A former partner is now an adversary, a competitor for finite resources, someone to avoid.

Or at least that’s how the story used to go. Last year, when Gwyneth Paltrow split from Chris Martin, her husband of 10 years, she introduced us to the concept of “conscious uncoupling”–what her website described as a way for divorcing parents “to be partners in each other’s spiritual progress,” for the kids’ sake as well as their own. At the time, she was mocked, mostly for using such a superior-sounding phrase. But it’s become increasingly clear that the philosophy of collaboration has gained momentum beyond the celebrity sphere. For Gen X-ers who are highly involved with their kids, failing to stay married can also feel like a failure to be a good parent. And so the pressure is on to succeed at breaking up, to achieve the coveted Good Divorce.

Not coincidentally, there’s a growing cottage industry of advisers, mediators, “certified divorce coaches” and even specialized real estate agents standing by to help. This fall, Harmony Books will release Conscious Uncoupling, a comprehensive guide to, as author Katherine Woodward Thomas puts it, “living happily even after.”

Then there’s the ongoing, unintentional reality show of conspicuous amicability among famous exes in addition to Paltrow and Martin. In June, Jennifer Garner and Ben Affleck announced that their marriage was over–but not their “friendship” and commitment to good “co-parenting” for their three young children. Soon photographs surfaced of them vacationing in the Bahamas together on a so-called “divorce-moon.” They even plan to keep living at the same large estate, but in different buildings. (It’s the wealthy person’s version of “nesting,” which is when kids stay in one home and parents switch in and out.)

This new collaborative vibe isn’t just a fad. Larger demographic and legal trends are at the heart of it. Jim McLaren, president of the American Academy of Matrimonial Lawyers, says that because most states now require couples to go through some form of mediation, “people are taking it more seriously, and we’re seeing more settlements” vs. court battles over the past five years. In his Columbia, S.C., practice, only about 5% of all cases are contested.

A majority of mothers now work outside the home, while men are doing more child care even before divorce, so co-parenting afterward is often a practical matter. And a study published recently in the Journal of Epidemiology & Community Health suggests that kids do better if they spend time with both parents and that they are not more stressed by the back-and-forth, as previously thought. About 20 states are debating changes in custody laws to encourage shared parenting. “You see the parents moving toward more integration in their children’s lives vs. just counting the hours of custody,” says McLaren. “There’s more of a sense of responsibility to the kids and a sense that they can do something to make divorce better for them.”

None of this changes the fact that raising kids together while living apart is a fragile endeavor. The patience and compassion needed to navigate a money crisis, a child’s illness or a new partner can be the very traits that disappear first under stress. Even Paltrow, patron saint of conscious uncoupling, looked a little weary at a women’s conference on July 17 when talking about divorce: “It’s been hard, and you know, like, we’ve gone through really difficult times with it, but we’ve always said, ‘These children are our priority.’ What that really means is, ‘Even though today you hate me and you never want to see me again, like, we’re going to brunch, ’cause it’s Sunday and that’s what we do!'”

Managing a pleasant meal with your ex every week is no mean feat. But if you’ve seen the face of a kid when their divorced parents are together amicably, the benefits are obvious. Of course, Paltrow’s children are young, she’s got years of brunching ahead, and it isn’t likely to get easier. Uncoupling is one thing, consciously co-parenting teenagers is another. 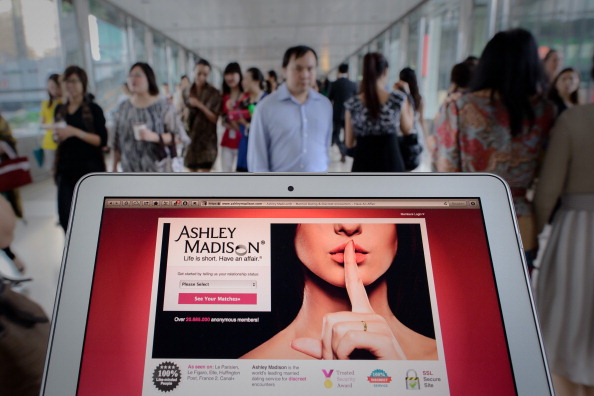 A Fifth of All Ottawans Are on Ashley Madison
Next Up: Editor's Pick