'Fat Guy' Biking Across America to Lose Weight and Save Marriage

Eric Hites, rests at the Bliss Congregational Church in Tiverton, R.I on July 21, 2015, while he waits for a new bicycle so he can continue his cross-country ride. The about 560-pound man is biking across the United States to lose weight.
Marcia Pobzeznik—The Daily News/AP
By Tanya Basu

Self-proclaimed “fat guy” Eric Hites was 560 lbs and unhappy with his weight. His marriage was falling apart. And he wanted to get a new job.

So he decided to do something unexpected: go on an epic bike ride across America. The goals? Lose weight, write a second book (his first was a quirky cookbook titled Everybody Loves Ramen), and rescue his flailing relationship with his wife.

“I hit 40 and I said, ‘I’ve got to change this,'” Hites told The Newport Daily News. He’s 90 miles into his journey, which began in Falmouth, Mass. In the first two weeks, Hites shed 60 lbs.

“By completing this ride I hope to encourage others to get up and get moving no matter their weight,” he wrote on his blog, Fat Guy Across America, which chronicles his trip.

Hites is two months into his trip and had expected to finish in four months but is currently stuck in Tiverton, R.I., with a bent rim in his bike. Hites should be on his way soon, though: a local bike shop owner is outfitting Hites with a new bike that will last him to California and beyond. 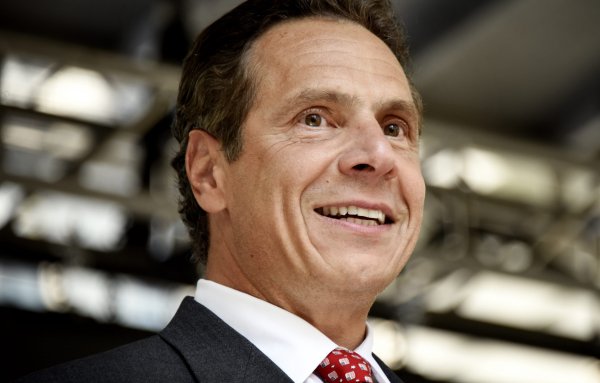