What to Do if You Get Pulled Over by a Cop

There are still a lot of questions to be answered about the arrest and death of Sandra Bland, who recently died tragically after three days in a Texas jail. A video released by the Texas Department of Public Safety captured a portion of the confrontation between Bland and a police officer after she was pulled over on July 10 for a routine traffic stop. Perhaps most striking is how quickly the situation escalated, leading to the forcible arrest of Bland, and culminating in her untimely demise. It’s also a reminder of how important it is to know your legal rights, and what is and is not permissible when you are pulled over by a police officer.

There’s the law—what is legally permissible for the police officer and the motorist to do. And then there’s the sad reality of how such encounters with the police sometimes play out in practice. Given that reality, there are some things to keep in mind in order to try to prevent the situation from becoming contentious or dangerous. To be clear, as law-enforcement professionals, the police should be well-trained to de-escalate and diffuse interactions with the public whenever possible, particularly since most people don’t enjoy being pulled over, and especially in light of the already contentious relationship between the police and communities of color across the country. But here are some things for all of us to consider:

1. You have the right to remain silent. That is true whether you’ve just been temporarily detained or formally arrested. There are some instances, like during a traffic stop, where you must provide your license, registration, insurance, and name, when asked. And there are some states where you are required to answer basic identifying questions (name and address) by the police. But you’re not required to give a statement beyond that. You can simply say, “I choose not to answer that question.”

2. You do not have to consent to a search of yourself or your car. There are many situations in which the police will pull someone over and ask—often casually—whether the driver would mind if they “take a look” inside the car. But you don’t have to give that permission. Keep in mind, however, that if the police have probable cause to search your car, or if you’ve been placed under arrest, they can search you, and sometimes your vehicle, whether you give your consent or not.

3. If you are arrested, you have the right to ask for an attorney and should do so immediately. If you have only been stopped temporarily, you’re not entitled to an attorney at that point. But if you’re being held for an extended period of time, either they’re going to have to let you go or place you under arrest.

4. If you’ve been stopped (but not arrested), you have the right to ask the police whether you’re free to go. If they say yes, you should calmly walk — not run — away from the scene.

5. As difficult as it can be, try to remain calm and be as polite as you can. Even if your rights have been violated, you’re not going to argue your way out of the problem. It’s also always a good idea to make sure the police can see your hands, and that you don’t make sudden movements, interfere with what the police are trying to do, or give false statements. In other words, don’t give the police an excuse to mistreat you or pile on additional charges.

Generally, the best advice is to pay close attention to the situation whenever you are interacting with a police officer. If you’ve had a negative experience, or believe that your constitutional rights have been compromised, you should take note of all of the circumstances surrounding the encounter, including the police officer’s name and badge number, and pursue a complaint afterwards.

Jason Williamson is a lawyer with the ACLU.

Read next: ‘Insight Policing’ Could Have Helped Sandra Bland 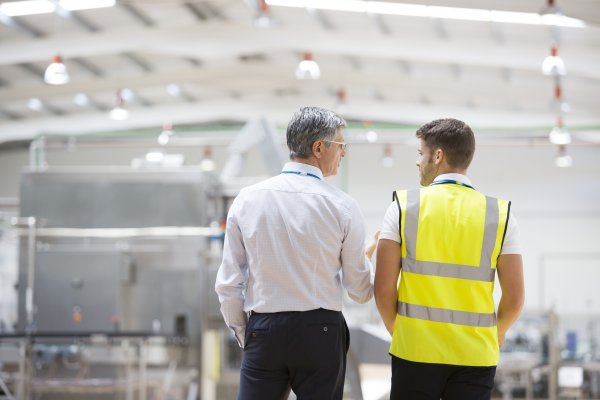 How to Convince Your Boss That You're an Employee—Not a Contractor
Next Up: Editor's Pick