John Catsimatidis says he’ll do whatever it takes to support his friends.

That’s why the billionaire businessman, who owns a grocery store chain in Manhattan, a real estate firm and a Greek-American newspaper, donated to both Hillary Clinton and Jeb Bush in the primary. Catsimatidis helped pay for the chapel at Camp David during George H.W. Bush’s term as President; reports say the Clintons sometimes make use of Catsimatidis’s private jet.

“When friends are running for office you do whatever you have to do,” he said. “If Hillary Clinton was the nominee in the Democratic Party and Jeb Bush was the nominee in the Republican Party, I would go to sleep early on election night because regardless of who got elected our country would be in good shape.”

But that didn’t stop him from also donating $5,400 to Ted Cruz: “He was full of piss and vinegar and caught my fancy.”

Catsimatidis is one of at least 40 people who have donated to both Hillary Clinton and one of her GOP rivals this cycle. Their reasons vary: for some, like Catsimatidis, it comes down to friendship, although not necessarily with the candidates themselves.

Steven Schram, an attorney at Shapiro Lifschitz and Schram, donated to Hillary Clinton and Marco Rubio as a favor to his friends: “I generally to not contribute to political candidates,” he said, noting that he’s registered as an Independent. “My two contributions this year were accommodations to friends supporting Clinton and Rubio. … My friends asked me to support their candidate.”

For people like Robert Millman, on the other hand, it’s business. Millman, an attorney at Littler Mendolson, said he thinks electing Clinton “would not be in the best interest of the United States,” but he had to donate to her because of a professional commitment. He said the country “desperately needs” a Republican president, and he donated $250 to Marco Rubio in order to attend one of Rubio’s speeches. But he still hasn’t decided which candidate he will ultimately vote for. “I have no dog in this race. I have an open mind,” he said. “But I will not bring myself to vote for Hillary Clinton.”

David Stevens, the CEO of the Mortgage Bankers Association who served in the Obama Administration as the Assistant Secretary of Housing, said he donated to Clinton and Bush because they were the two candidates that would best deal with housing issues. “It’s not a party focus, it comes down to my interest to make certain whoever gets in office has the depth and ability to deal with these complex issues and has these issues in the policy menu of things they’re thinking of coming in,” he said.

Others have loftier ideological goals, giving money on both sides of the aisle to advance a cause or a personal mission. “Since I loathe the hyper-partisanship of our culture, I make a point of giving to candidates of each party, every four years,” said journalist Mayhill Fowler, giving $2,700 to Clinton and $250 to Bush.

As for Patricia Lizarraga, it’s about cracking glass ceilings. The managing partner of Hypatia Capital Group donated $500 to both Clinton and Carly Fiorina and said her donations were about promoting female leaders, regardless of party. “I’m a firm believer that the more women that participate as senior executives in the United States and around the globe, the better the outcomes will be for everybody,” she said. “If there were a third [woman] in the fray, I would support her as well.” 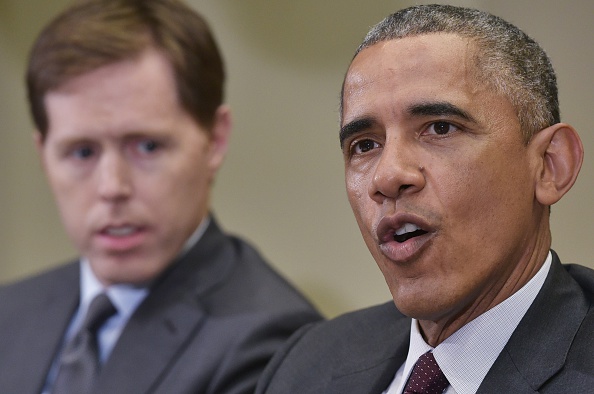