For any other company, Apple’s quarterly earnings report Tuesday would have been great news: Revenue was up 33%, net profit was $10.7 billion, earnings per share hit $1.85 compared to $1.28 a year ago. Yet Apple’s stock is down about 4.5% in midday trading the next day. Why?

Wall Street analysts predicted Apple would sell about 48.7 million iPhones over the last three months, while Apple sold only (only!) 47.53 million. That discrepancy disappointed the financial world. Meanwhile, Apple sold 11.1 million iPads last quarter, compared to 13.2 million year-over-year. I suspect iPod sales declined too, though Apple no longer breaks out those figures.

But little of this was really Apple’s fault. Wall Street was too optimistic when it came to iPhone sales, failing to take into account the recent turmoil in China’s stock markets. Chinese markets were experiencing major disruptions throughout most of June, causing sales of premium goods to stall as Chinese buyers started being more careful with their money. China is now one of Apple’s most critical iPhone markets; the fact that Apple still grew sales there 112% last quarter is remarkable. Meanwhile, this past quarter is traditionally slow for iPhones, as shoppers await upcoming releases rather than pull the trigger on the currently available model.

Despite the below-expectations sales numbers, Apple CEO Tim Cook remains bullish on future iPhone sales. “There is still a lot of headroom for growth for the iPhone all over the world,” he said in an earnings call with analysts Tuesday. Cook also mentioned that Apple saw a record number of new iPhone users switching over from other platforms last quarter.

Apple is expected to unveil a new iPhone in early September. This won’t be a total overhaul like the iPhone 6 and iPhone 6 Plus were, but it should have a faster processor, better screen and camera, and it will likely integrate the new touch features introduced on the Apple Watch. This will be good news for shoppers looking for a new phone later this year, and I suspect Apple will see another record holiday season thanks to the new phone and the Apple Watch.

Still, Apple is mum about how well the Apple Watch is selling. Apple did say it outsold the iPad during the first 9 weeks each device was on the market, which suggests Apple sold between 2.4 and 2.6 million Apple Watch units in that period. Other back-of-the-envelope math suggests the Apple Watch brought in slightly more than $1 billion in revenue for the quarter. Cook also pointed out a recent survey which suggested 97% of Apple Watch owners are satisfied with the device.

Interestingly, Tim Cook said the Apple Watch sold the best in June, which surprised me, as I would’ve expected the most sales to have taken place online at launch in April. This suggests the Apple Watch continues to gain momentum — but also keep in mind the Apple Watch will represent a very small portion of Apple’s total sales. The iPhone currently accounts for 67% of all Apple’s revenue, and that will only grow.

As I look over the entire spectrum of Apple’s earnings, which included adding $9.3 billion to its cash holdings that now total $202 billion, and its growth in PC market share with sales of 4.8 million Macs, it appears to me that Apple’s position in the market remains strong with a lot of growth still ahead. 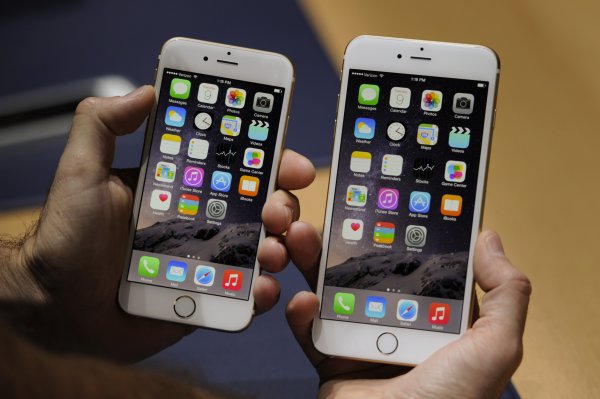 Here's Why Glass Is Still Beating Sapphire
Next Up: Editor's Pick