Plan to Close Guantanamo Bay Prison in the Works

The Obama Administration is drafting a plan to finally close the military prison at Guantanamo Bay, Cuba, officials said Wednesday, racing against the clock to fulfill a long-delayed promise by President Obama before his time in office runs out.

“The Administration is in the final stages of drafting a plan to safely and responsibly close the prison at Guantanamo Bay and to present that plan to Congress,” White House Press Secretary Josh Earnest said Wednesday.

Earnest said closing the prison is in the national security interest of the United States.

One of Obama’s first moves as President was to pledge that the prison would close within his first year in office. But he has repeatedly been stymied by opposition from congressional Republicans to transferring or releasing prisoners from the site, which Obama has decried as a propaganda tool for terrorists because of the years suspected militants have spent there without trial.

Arizona Republican Sen. John McCain, a longtime proponent of closing the prison, wants to give the Obama Administration an opportunity to potentially do so through the National Defense Authorization Act. Under his plan, Congress would have the ability to review the White House’s plan for closing the prison. In the House, however, Republicans still angry about the exchange of American service member Bowe Bergdahl for Taliban detainees are pushing a plan that would make any attempts to transfer prisoners and close the prison more difficult. The White House, however, has threatened to veto the National Defense Authorization act and says Congress is still impeding efforts to close the prison.

Daphne Eviatar, senior counsel of national security at Human Rights First, said the fact that the White House is working plan could be a good first step, but questions still remain as to whether or not Congress will be able to approve any plan given many members’ opposition to closing the prison. “It’s still within the Administration’s power to do a lot to close the prison,” she said. “[The White House] can’t keep blaming Congress, but Congress also needs to do more. It shouldn’t be this political football anymore.”

There are currently 116 prisoners left in Guantanamo Bay prison, and about 800 men have been detained there since it began holding prisoners more than a decade ago. The American Civil Liberties Union says 51 of those men are still being imprisoned even though the government has cleared them for release.

Christopher Anders, senior legislative counsel at ACLU, said the plan being sent to Congress will constitute no more than an “irrelevant checking of the box.” He added that the president already has the executive authority to make detainee transfers happen without Congress.

“It’s not much different than plans that have already been sent and it’s not going to convince Congress to change its mind,” Anders said. “’Obama should tell the Secretary of Defense to approve the transfer of cleared detainees.”

Anders said the lack of transfers is the “number one obstacle” facing the president and that the Department of Defense is “digging in its heels” on closing the prison. 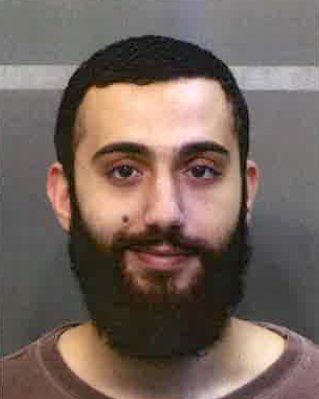