Texas officials released a new version of police dashcam footage showing the arrest of Sandra Bland following concerns that footage of the arrest may have been doctored.

The original video, posted on YouTube Tuesday evening, contained a number of continuity errors and repeated footage. On Wednesday, less than 24 hours after originally posting the video, the Texas Department of Public Safety posted a new version free of the earlier discrepancies. Parts of the video that had previously shown repeated footage now appear consistent.

“Yesterday’s video was not edited,” said Tom Vinger, a spokesperson for the Department of Public Safety, in an emailed statement. “Some of the video was affected in the upload. That technical issue has now been resolved.”

The full video begins with state trooper Brian Encinia stopping another driver. The dashcam captures video and audio of the encounter. After Encinia returns to the patrol car, audio switches off until the officer has begun his traffic stop of Bland. The Department of Public Safety could not immediately clarify what triggers dashcam audio to come in and out.

Once the officer leaves the car, he explains that he pulled Bland over for failing to signal before a lane change. The situation escalates quickly with Bland contesting the charge in heated language and Encinia eventually pulling out a stun gun and threatening her, saying “I’ll light you up.”

Bland, who is black and was in town from Chicago, died in custody of what police say was a suicide three days after her arrest. But her family, along with civil rights activists, have said they don’t buy the official explanation. An investigation is ongoing and Encinia has been placed on administrative leave. 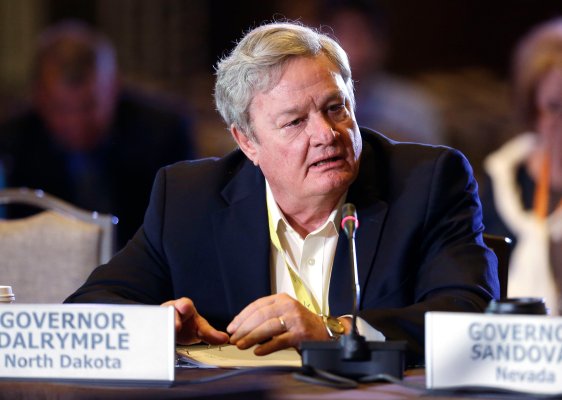