The US Capitol seen on Feb. 11, 2015 in Washington.
Mandel Ngan—AFP/Getty Images
By Alex Altman

There’s a growing bipartisan consensus around criminal justice reform, but it’s not yet clear if that will be enough to get a bill through Congress.

Supporters of reform got several hopeful signs last week. Barack Obama commuted the sentences of 46 nonviolent drug offenders, then made the first-ever Presidential visit to a federal prison. Former President Bill Clinton chimed in to apologize for signing a crime bill that further clotted the U.S. prison system. And House Speaker John Boehner signaled his support for a vote in the House. “We’ve got a lot of people in prison, frankly, who really in my view don’t need to be there,” the Ohio Republican said.

The rare burst of harmony reflects months of work by lawmakers and the wide-ranging coalition of advocacy groups that have joined forces in a bid to fix the flaws of the U.S. justice system, which critics from both parties call bloated, costly and rigid.

“This was unthinkable six months ago,” says Van Jones, a former Obama administration official and co-founder of #cut50, a bipartisan initiative to slash the U.S. prison population in half. Predicts Jones: “A series of bills will be on this President’s desk and signed into law by Christmas.”

But change never comes easy in Washington. And the powerful array of interests aligned behind reform have so far struggled to translate broad support into legislative success.

That could soon change. The Senate Judiciary Committee is preparing to unveil a bipartisan package of reforms that negotiators have been haggling over since March. The proposal is expected to include sentencing reforms as well as so-called “back-end” efforts to rehabilitate prisoners and more effectively reintegrate them into society.

“There are still a handful of issues left to work through,” says Beth Levine, a spokeswoman for Iowa Sen. Charles Grassley, the Republican who chairs the committee. “The members are still working and committed to trying to reach an agreement that can gain wide bipartisan support.”

One of the challenges is getting powerful personalities with competing priorities onto the same page.

Grassley is a case in point. His participation in the process reflects the dramatic evolution of the politics of criminal justice. The 81-year-old Iowan is a tough-on-crime Republican who has long opposed reforms like easing mandatory minimum sentences. He’s signaled openness to reform, but as the chair of a crucial Congressional committee, he has the ability to block any bill that comes through.

The situation is similar in the House, where the Judiciary Chairman, Bob Goodlatte, is another conservative steeped in the tough-on-crime mantras that reigned in the 1980s and ’90s. Criminal-justice reform “is something that Congress needs to undertake,” Goodlatte said Wednesday, addressing a bipartisan audience at a justice-reform conference on a rooftop with views of the Capitol. The Virginia Republican indicated he wants to tackle issues like over-criminalization and prisoner re-entry. But he did not sugarcoat the complications of producing legislation.

It’s also not clear which chamber will move first. A raft of narrow bipartisan bills have been introduced in the Senate, including a measure to address mandatory minimums introduced by Illinois Democrat Dick Durbin and Utah Republican Mike Lee, and a bill crafted by Texas Republican John Cornyn and Rhode Island Democrat Sheldon Whitehouse that addresses prisoner re-entry. The House may coalesce around a single ambitious bill, authored by Wisconsin Republican Jim Sensenbrenner and Virginia Democrat Bobby Scott.

As a result, the unanimity on display now could ultimately be derailed by the clutch of bills, competing goals and bureaucratic hurdles that often combine to stifle progress in a divided Congress. “Different members all want to assert their priorities,” says a source familiar with the negotiations.

Negotiators suggested a Senate package could be unveiled as soon as this week, but it now looks likely to wait until after the summer legislative recess. “Everyone is working in good faith, and it will be ready when it’s ready,” says a Democratic Senate aide familiar with the negotiations. “The more comprehensive our negotiations are now, the easier it will be to move the bill swiftly in committee and on the floor.”

But even members committed to advancing justice reform are clear-eyed about the looming obstacles. “It’s an uphill battle,” Sen. Rand Paul, the Kentucky Republican and presidential candidate who is part of the push for justice reform, said Wednesday. “Nothing happens easy in this town.”

Paul cited civil-asset forfeiture reforms and potentially legislation around the use of body cameras by police as two areas where the Senate could make progress. But he predicted the efforts in the House were more likely to bear fruit. “I think they’re more open to reform than the Senate is,” Paul said. “That’s just my opinion.”

Legislators say they’re encouraged by the breadth of agreement. And they know that justice reform is one of the last subjects they’re capable of tackling before the capital is consumed by the presidential race.

“Everybody is aligned,” Rep. Jason Chaffetz, a Utah Republican, said at a hearing last week. “The House, the Senate, the President. Let’s make it happen.” 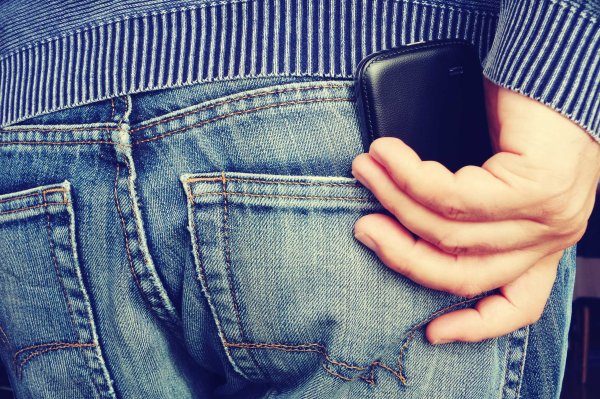 Federal Court Rules No Backsies on Butt Dials
Next Up: Editor's Pick