Pluto’s heart continues to divulge its secrets as NASA announced the discovery of a new mountain range on the lower-left edge of the planet’s heart-shaped region.

These frozen peaks are estimated to be one-half mile to one mile high, which is about the same height as the Appalachian Mountains, NASA has revealed in a new image.

The newly discovered peaks, which have yet to be named, are located about 68 miles northwest of the Norgay Montes, the frozen mountains that were discovered on July 15 in the first series of photographs that New Horizons beamed back to Earth.

“There is a pronounced difference in texture between the younger, frozen plains to the east and the dark, heavily-cratered terrain to the west,” said Jeff Moore, leader of the New Horizons Geology, Geophysics and Imaging Team at NASA’s Ames Research Center in Moffett Field, California. “There’s a complex interaction going on between the bright and the dark materials that we’re still trying to understand.”

NASA believes that Sputnik Planum, the left lobe of Pluto’s heart-shaped region, was formed less than 100 million years ago while the darker region, seen on the newly-released image, is probably older by billions of years. 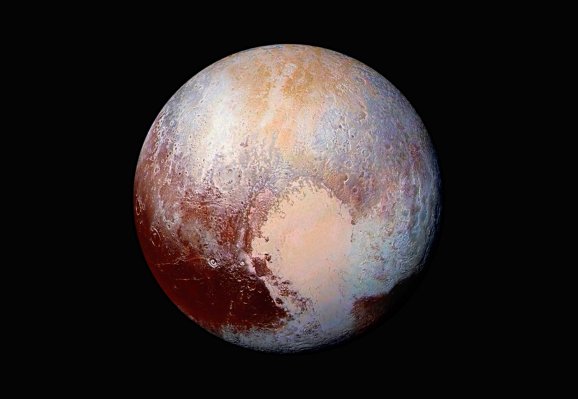