How much of your almond milk is actually made from almonds? A new false advertising lawsuit against Almond Breeze maker Blue Diamond alleges it’s far less than the packaging would have you believe.

Blue Diamond doesn’t list what percentage of Almond Breeze is made from almonds in the U.S., but a U.K. Almond Breeze website says it’s only 2 percent, FoodNavigator-USA reports.

The lawsuit, filed July 14 in New York, doesn’t specify what percentage the average customer would deem acceptable for purchase, but it does say “upon an extensive review of the recipes for almond milk on the internet, the vast majority of the recipes call for one part almost and three or four parts water, amounting to 25-33% of almonds.”

Plaintiffs Tracy Albert and Dimitrios Malaxianis argue in the suit that the product’s packaging, which includes pictures of almonds and the phrase “made from real almonds,” deceives customers into thinking they’re buying a product made mostly from almonds. The lawsuit also claims “that consumers allegedly purchased the product based on the belief that it was a healthy and premium product,” food law attorney David L. Ter Molen told the site.

When the issue came up in the U.K. three years ago, its Advertising Standards Authority said customers likely understood how much water was needed to create almond milk: “We considered that, whilst consumers might not be aware of exactly how almond milk was produced, they were likely to realize… that the production of almond milk would necessarily involve combining almonds with a suitable proportion of liquid to produce a ‘milky’ consistency.”

In a statement to TIME, Blue Diamond said, “The primary ingredient in nearly all popular beverages including coffee, tea, soda, juice and sports drinks is water. Cow’s milk is 85% to 95% water and the same can be said for most soy and almond milks which is why our brand is not alone in responding to recent claims.” 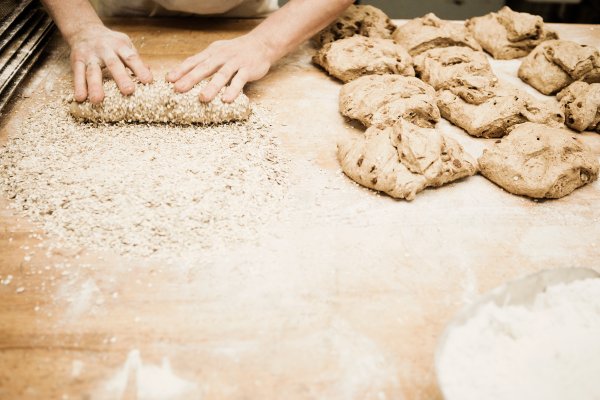 Survey Shows Broad Misconceptions About Gluten
Next Up: Editor's Pick