After a successful launch, three astronauts are slated to dock with the International Space Station at 10:46 p.m. E.T. on Wednesday.

The astronauts launched from the Baikonur Cosmodrome aboard a Soyuz rocket at 5:02 p.m. EST. Over six hours, the crew orbited the Earth four times as they caught up with the space station, which orbits the Earth at 17,500 mph.

The three astronauts arriving at the International Space Station include American astronaut Kjell Lindgren and Japanese astronaut Kimiya Yui, who are flying for the first time. They are led by Soyuz commander Oleg Kononenko. The crew is slated to stay in space for five months, returning on Dec. 22.

The trio will join Kelly and Russian cosmonauts Mikhail Kornienko and Gennady Padalka, who have already been in space for 117 days. They launched in the early hours of March 28. 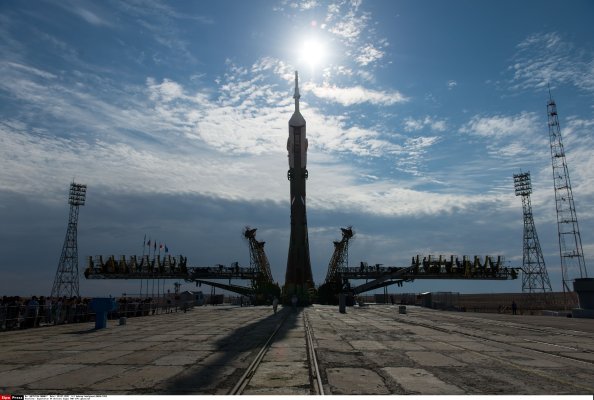 Watch Live as Astronauts Launch for Space
Next Up: Editor's Pick