Saudi women attend prayers at a mosque in Riyadh. Women’s-rights groups are gaining influence in the kingdom.
Fayez Nureldine—AFP/Getty Images
By Carla Power

Saudi Arabia is yet again promising that this is the year it will improve its human-rights record. On March 19, the Saudi government went to the U.N.’s Human Rights Council in Geneva to announce that it will accept the vast majority of changes the U.N.’s monitoring body recommended in October after a routine review. Among the most eye-catching of the kingdom’s promises: the abolition of the notoriously strict guardian system, under which a woman must have a male relative’s permission to marry or travel abroad.

The Saudi announcement in Geneva should be treated with skepticism. We’ve been here before. In 2009, after the kingdom underwent its previous U.N. human-rights review, officials agreed to move toward scrapping the guardian system. Recently, officials also repeated promises they made five years ago to consider ratifying conventions guaranteeing civil and political rights.

Are the Saudis serious this time? The government provided no timetable for the changes, but there are some signs that it is sincerely moving toward greater social equality. On the eve of the U.N. meeting, King Abdullah agreed to appoint a committee to oversee the implementation of the U.N. recommendations. Increased pressure from the international community, as well as from a Saudi women’s movement with a vibrant online presence, has spurred other symbolic changes in recent years. Last year, Abdullah’s Cabinet enacted its first domestic-abuse law, and the King appointed 30 women to the 150-member Shura Council, a body that advises the King. The International Monetary Fund reports a modest rise in women working in recent years: 16% of Saudi women now work, up from 12% in 2006. In January, the first Saudi woman granted a license to practice law opened her office in Jeddah, and in February, the country got its first female newspaper editor.

Asked why Saudi women still can’t drive or why they require a male guardian’s permission to get a passport, the regime replies that such prohibitions are deeply rooted in Saudi culture. The government’s midterm strategy for change, say government officials, is a gradual introduction of women into Saudi public life. Allowing them to work, vote and join the Shura Council, officials argue, will pave the way to providing other rights that Saudi conservatives abhor. Letting women work in shops or banks serving other women will eventually lead to women driving, so the argument goes, or to shucking off their de facto status as minors under Saudi law.

While the regime may blame the kingdom’s conservatives for their slowly, slowly approach, recent claims suggest that such conservatism exists at the highest levels. In March, days before the Saudis promised the U.N. the guardian system was to be scrapped, the King’s ex-wife Princess Alanoud al-Fayez claimed that her four grown daughters had been held against their will for the past 13 years in Jeddah. To back up their mother’s claims, two princesses released footage of the royal compound where they were allegedly being held. The video was shown on Britain’s Channel 4 News.

It’s not just women who continue to be the targets of draconian laws. In February, the kingdom enacted a new counterterrorism law whose definition of terrorist includes any member of the Islamist group the Muslim Brotherhood and anyone embracing “atheism.” Another provision of the new law: someone suspected of planning terrorism can be held for up to a year without charges. Government supporters claim the law was designed to stop Saudis from fighting in Syria. But the language of the law is so sweeping, says Adam Coogle, a Middle East researcher at Human Rights Watch, that it criminalizes “any sort of critical speech as terrorism.”

The crackdown suggests that the government is nearly as scared of Twitter feeds as it is of terrorists; in March, two men were jailed for tweeting incitements to protest. Perhaps the government is right to be nervous. Of its online population, Saudi Arabia has the highest percentage of Twitter users in the world. Today, when female activists post videos online showing themselves defying the driving ban, the clips go viral faster than any U.N. report. Nobody doubts that change is coming to Saudi Arabia. The only question is whether it will be brokered through U.N. resolutions and royal decrees, or by Saudi activists themselves.n

Power is a U.K.-based writer on Muslim social issues 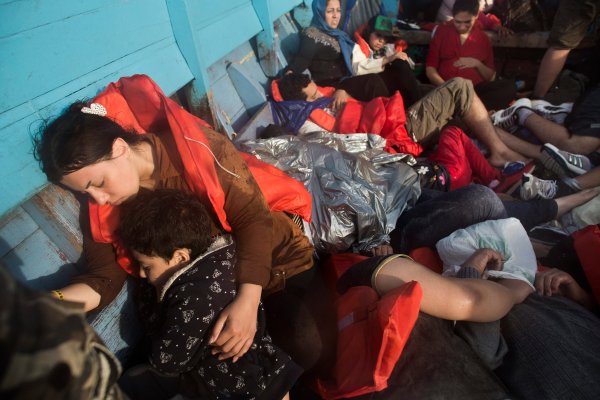 Australia's Shame
Next Up: Editor's Pick