Many veterans who served in the Vietnam War still have war-zone-related post-traumatic stress disorder, according to a new study published in JAMA Psychiatry.

The researchers, led by Dr. Charles R. Marmar, of the New York University Langone Medical Center, wanted to look at the prevalence of PTSD over time. Thanks to the National Vietnam Veterans Longitudinal Study, a study of PTSD in Vietnam vets done more than 25 years ago, they had historic data on the prevalence of PTSD; they conducted a follow-up to the study by gathering new data from the 1,450 veterans who were still alive and willing to participate in another round of PTSD assessments. From 2012-2013, researchers gathered from each vet a self-report health questionnaire, a telephone health survey or a clinical interview by phone. (Some vets participated in two or all three of the measures.)

MORE: Meet 15 Extraordinary Wounded Warriors Who Are Stronger Than Ever

The team determined that even now—40 years after the war ended—about 271,000 Vietnam vets have full war-zone-related PTSD plus war-zone PTSD that meets some diagnostic criteria. More than a third of the veterans who have current war-zone PTSD also have major depressive disorder.

Men who served in the Vietnam war had a war-zone-related PTSD prevalence of 4.5%; when factoring in vets who met some of the criteria, that number climbed to almost 11%. For women veterans, those prevalences were about 6% and 9%, respectively.

“An important minority of Vietnam veterans are symptomatic after four decades, with more than twice as many deteriorating as improving,” the study authors write. “Policy implications include the need for greater access to evidence-based mental health services; the importance of integrating mental health treatment into primary care in light of the nearly 20 percent mortality; attention to the stresses of aging, including retirement, chronic illness, declining social support and cognitive changes that create difficulties with the management of unwanted memories; and anticipating challenges that lie ahead for Iraq and Afghanistan veterans.” 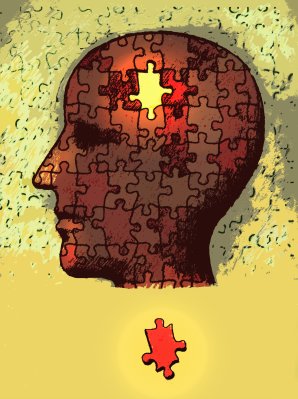