This Japanese Zoo Is Trying the Impossible: Persuading People to Like Cockroaches

They’re extremely fast, famed (and reviled) for their ability to survive a nuclear holocaust and have been around since the dinosaurs. There’s also something about them that makes most people on the planet squirm with disgust.

But cockroaches, one Japanese zoo believes, have been given lot of unjustified bad press. And so staff at Shunanshi Tokuyama Zoo in western Japan have launched an exhibition to try to persuade people that cockroaches really aren’t all that bad.

“They have such a negative image,” a spokeswoman for the zoo told AFP. “But they’re actually playing an important role in the food chain.”

Visitors to the exhibition can come face to face with the Madagascar Hissing Cockroach — that can grow up to a whopping 7 c.m. long — and even watch five-way roach races.

The zoo also has about 200 individual cockroaches from 15 different species on display, and staff say the exhibition is already a hit with the public. 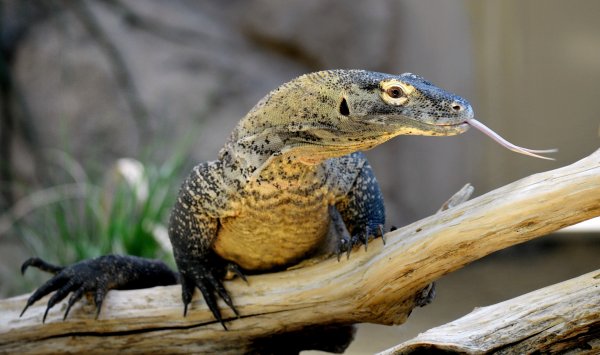 Huge Meter-Long Lizards Are Crawling Through the Bangkok Sewers and This Guy Caught One on Video
Next Up: Editor's Pick