An employee works inside the office of U.S. online cab-hailing company Uber, on the outskirts of New Delhi, India, April 24, 2015
Anindito Mukherjee—Reuters
By Sania Farooqui

News of the incident comes weeks after a female passenger in the Indian capital New Delhi made a similar allegation against a driver working for TaxiForSure, one of Uber’s main competitors in the country.

In a statement regarding the Kolkata incident, Uber spokesman Karun Arya told TIME that, on getting word of the allegation, the company immediately contacted the passenger and suspended the driver, who was contracted to work for the online taxi service. Uber also helped the local authorities in Kolkata with their investigation.

“The rider was satisfied with our immediate assistance and action,” Arya said, adding that the passenger in question continues to use the taxi service.

Citing the passenger, the Times of India reported that the driver was constantly looking at her during the journey. She subsequently filed a police complaint, which led to the driver being put under surveillance for several days before he was arrested on Monday night. He has since been granted bail. 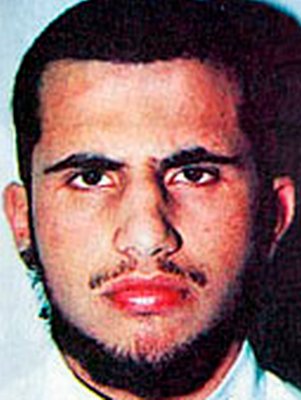 Terrorist Leader Killed in Syria
Next Up: Editor's Pick