Muhsin al-Fadhli is seen in an undated photo provided by the U.S. State Department in Washington, D.C.
Reuters
By Nash Jenkins

A Pentagon spokesperson has confirmed that a U.S. air strike in Syria earlier this month killed a top leader of al-Qaeda splinter group Khorasan who had rare advanced knowledge of the Sept. 11, 2001, terrorist attacks.

On July 8, Muhsin al-Fadhli was traveling near Sarmada, a town in northwestern Syria close to the Turkish border, when a U.S. drone targeted and struck his vehicle. The BBC reports that he had previously evaded a similar attempt on his life last September.

Though the bloody rise of the Islamic State of Iraq and Greater Syria (ISIS) has prompted American counterterrorism efforts to pivot away from al-Qaeda, al-Fadhli, a former confidant of Osama bin Laden, had remained a major target. A 2012 U.S. State Department report recognized him as “al-Qaida’s senior facilitator and financier in Iran” and a ringleader in the 2002 terrorist attack on a French oil tanker off the Yemeni coast.

At the time of his death, security officials had identified him as the leader of Khorasan, a Syria-based cabal of senior al-Qaeda members believed to possibly “pose as much of a danger as the [ISIS],” as National Intelligence Director James Clapper said last September. As ISIS conducted its public campaign of gruesome theatrics, al-Qaeda kept something of a low profile, purposely disassociating itself from what President Barack Obama had dubbed “junior varsity” jihadism. Despite ISIS’s rising profile, it is the elusive al-Qaeda leadership that possesses the organization and experience to execute a terrorist attack on Western soil, the New York Times reports.

Al-Fadhli was a seasoned jihadist. He was just 20 years old in 2001, but was already sufficiently elevated in al-Qaeda’s ranks to learn in advance of the planned assault on the World Trade Center in New York City and the Pentagon in Washington, D.C.

Accordingly, his death comes as a symbolic if not insurmountable blow to the group’s leadership.

“[Al-Fadhli] is certainly one of the most capable of the al-Qaeda core members,” Congressman Adam Schiff, who sits on the House Intelligence Committee, told the Times last year, following a botched attempt on the extremist’s life. “His loss would be significant, but as we’ve seen before, any decapitation is only a short-term gain. The hydra will grow another head.” 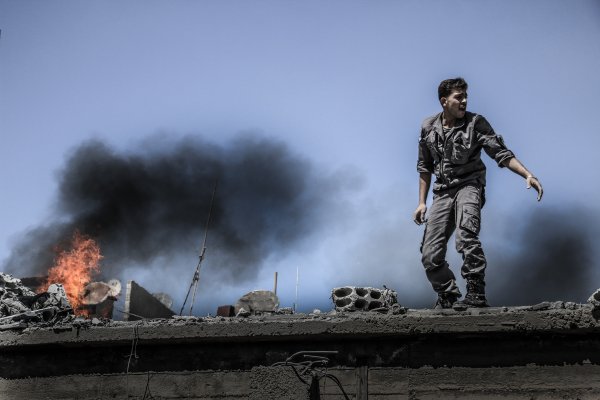