An Actual Emoji Movie Is in the Works

Hollywood is impeccably good at turning a profit on insipid fads. In the five years since Universal Pictures released the animated film Despicable Me, a cultish cottage industry has sprung up around the Minions, the film’s manic yellow lozenges who ultimately proved lucrative enough to earn their own spinoff. They’re globally ubiquitous — you have Minion Tic Tacs, Minion-themed weddings in Britain, a curious Minion-inspired burger at McDonald’s restaurants in Hong Kong — and the producers are laughing all the way to the bank.

It’s not terribly surprising, then, that Sony Pictures Animation will be making a movie about emoji, the delightful little ideograms you use to caption your Instagrams or pepper your messages. The planned project, Deadline reports, comes after a supposedly heated bidding process between Sony, Warner Bros. and Paramount Pictures that culminated in a deal in the high six figures. There’s money to be made in twee hieroglyphics.

Or maybe it’s simply low-hanging fruit, given that the emoji library is less a typeface and more a means of illustrating the world at large. Your cast, setting and props are ready to go. The ensemble could be colossal: Apple’s emoji library is populated by 93 individual little yellow people, 15 families of four, 10 happy couples and seven anthropomorphic cats. Santa Claus could make an appearance. The library’s latest iteration offers 42 national flags, so it could be set anywhere — Israel! South Korea!

In any event, the movie won’t be completely revolutionary. The emoji-as-medium approach to filmmaking has earned some mileage as a music video strategy already, the best example thus far coming in Beyoncé and Jay-Z’s “Drunk in Love.” 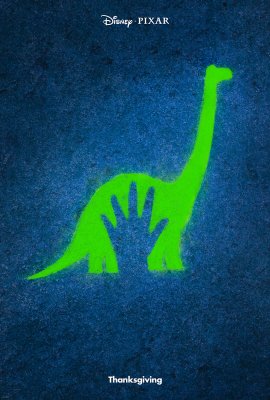 The Full Trailer for Pixar's The Good Dinosaur Is Finally Here
Next Up: Editor's Pick