In Praise of This Summer's 'Complicated Women'

The protagonist in Amy Schumer’s first film Trainwreck is what some might call, well, a bitch. Wonderfully biting and sarcastic, the character is told by a dumped boyfriend, her sister and her current love interest that she can be pretty cold. When Amy yells at a group of scantily clad cheerleaders that they are going to lose women the vote, her kind-hearted boyfriend rebuts: “At least they make people happy.”

It’s a conflict that comes to a head at the end of the film when Amy repents for her raucous and cruel ways by trying to mimic a peppy cheerleader and win over her beau. It’s a moment of rom-com silliness that will make audiences laugh but also cringe a minute later when they realize that Amy isn’t just proving that she can be nice, but also that she’s willing to sacrifice her principles for a guy. Some critics have said the ending fails the Schumer’s ultimately feminist goals. Many have in the same breath praised Schumer for transforming an unlikable character into a likable one. The Amy of Trainwreck finds herself in a position much like that of another Amazing Amy from a recent film: she must be perfect, which is of course impossible and could drive any person insane.

But despite competing demands for nice, desirable female characters from studios and empowered, sometimes cruel ones from audiences, the fact that the Amy of Trainwreck and the Amy of Gone Girl exist onscreen is progress.

MORE: Amy Schumer Gets Guys to Think Feminists Are Funny

It’s a common complaint among female actors, directors and screenwriters: Studios always want ingénues. They want nice girls. And that’s too bad because nice girls are no fun. They don’t generate the sort of conflict necessary to carry a good film and thus are usually sidelined to a damsel or sidekick role. Critics have lambasted this summer’s biggest blockbusters, Avengers: Age of Ultron and Jurassic World, for forcing its few female characters into romantic subplots, shrewish stereotypes and (in the latter’s case) high heels that are completely impractical for sprinting away from dinosaurs.

But this summer, what we’ll call “complicated women” are beginning to grace the big-budget, high profile films usually reserved for difficult men and compliant ladies. (Move over Tony Stark and Pepper Potts.) These “complicated women” may be sarcastic, scathing or difficult. They might be stronger than the dudes around them and not afraid to show it. They definitely do not take any crap. And they’re way more fun than the “likable” and “relatable” girlfriends, princesses and moms often featured in summer blockbusters.

Trainwreck’s caustic Amy is in good company this year. Charlize Theron’s Furiosa in Mad Max not only does the majority of heavy lifting in the film (with just one arm!) she also mercilessly kills anyone who stands in the way of her mission to save a group of sex slaves. Anna Kendrick’s Beca refuses to turn bubbly and peppy in Pitch Perfect 2, maintaining a sardonic tone throughout the film while also thinking seriously about her future.

“Complicated women” will be familiar to fans of prestige television. They range from ice queens to anti-heroes. As female screenwriters first elbowed their way into TV writers’ rooms, we saw complex, often unlikable female characters in shows like Sex in the City and Weeds.

New characters are even more complex and cutthroat. Girls tests the bounds of likability while Orange Is the New Black raises the stakes by placing its characters in sometimes deadly situations. Shonda Rhimes is running a veritable empire of “complicated women” on the shows she produces, from Christina on Grey’s Anatomy to Olivia on Scandal. This summer, Rachel McAdams’ character on True Detective and Shiri Appleby’s character on UnREAL cultivate their unlikability and even exploit those around them to get ahead. All these shows permit their characters to make bad choices and do horrible things—actions that give them depth—without condemning them.

Permitted to draw out a story over many hours and multiple episodes, these complex women are easier to construct on TV. That’s not to say that unlikable women don’t appear in film, it’s just usually in Oscar-bait roles—think Charlize Theron in Monster, Cate Blanchett in Blue Jasmine and Rosamund Pike in Gone Girl. The best ones are reserved for Meryl Streep in films like The Devil Wears Prada and August Osage County.

But Streep will try her hand at a more mainstream complicated woman next month after a long absence from popcorn flicks. She will play a mom who left her children to pursue a rock career in Juno writer Diablo Cody’s Ricki and the Flash. Though not exactly Miranda Priestly, Ricki does face criticism for leaving her children at home to pursue her own work—you know, like the thing fathers get away with in every summer movie ever, including Jeremy Renner’s Hawkeye in The Avengers: Age of Ultron.

The Becas, Furiosas and Rickis of the world would never have ruled theaters during blockbuster season in the 1980s, 1990s or even 2000s when the vast majority of summer films starring women were rom-coms. Sure, Meg Ryan declared herself difficult in When Harry Met Sally and Julia Roberts once tried to ruin her best friend’s wedding, but these characters never spoke the vitriolic one-liners of Trainwreck’s Amy (and they definitely didn’t have any one-night stands). Even Sandra Bullock shed earnest tears when she won “Miss Congeniality” after mocking such behavior from beauty pageant contestants earlier in the film.

Amy, on the other hand, will never be an actual cheerleader. If she tried, she would fall flat on her face. And thank goodness for that because onscreen women shouldn’t have to spend their summers trying to cheer people up. Some should be allowed to ice people out. 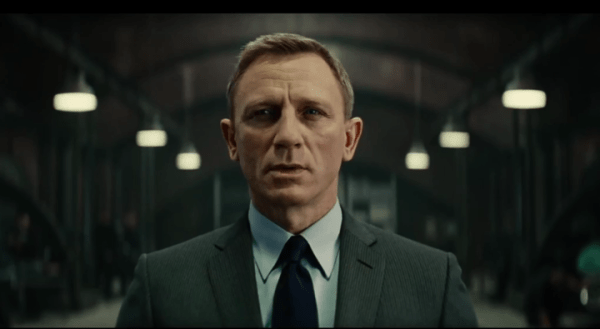 Watch the First Full-Length Trailer for the New Bond Film Spectre
Next Up: Editor's Pick