Fresh off the heels of the first big step to finally spin-off its ownership in Chinese e-commerce giant Alibaba (Yahoo owns 15% of it), the purple giant is turning its attention to its “MaVeNS,” or mobile, video, native and social ads. Here are the report’s highlights:

What you need to know: Yahoo’s adjusted revenue for the quarter at $1.04 billion saw no change from the previous quarter or the year-ago quarter, and it just barely surpassed analyst forecasts of $1.03 billion. The company said it made a net loss of $22 million, or 2 cents per share, from a profit of $270 million, or 26 cents per share, a year ago.

Excluding certain costs, Yahoo’s quarterly profit was 16 cents per share, falling short of the 18 cents that analysts had expected.

Yahoo’s revenue from mobile reached $252 million, a solid 54% year-over-year increase. Mobile accounted for 22% of the company’s ad-supported revenue this quarter.

The big number: This quarter, Yahoo CEO Marissa Mayer is all about what she calls “MaVeNS,” or the mobile, video, native and social advertising markets. The conglomeration of sources brought in $399 million in revenue this quarter, up from $249 million a year ago, and now representing 35% of Yahoo’s traffic-driven revenue. In the previous quarter, MaVeNS brought in $363 million in revenue.

What you might have missed: Last week, Yahoo filed a legal document to the SEC as the first step to spinning off its ownership in Chinese e-commerce company Alibaba. Subject to final IRS approval, the new entity will be a freestanding public company likely worth around $30 billion, based on Alibaba’s current stock price. The spin-off will likely impact much of Yahoo’s cashflow, something Mayer will have to make up for as she weathers the post-Alibaba business. 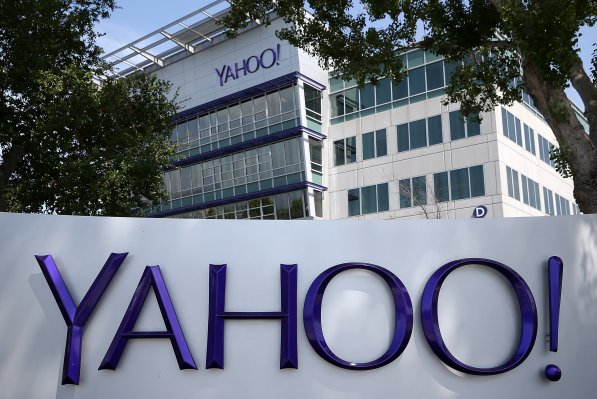 Yahoo Wants to Cash in on Daily Fantasy Sports Contests
Next Up: Editor's Pick