Watch Rand Paul Destroy the Tax Code With a Chainsaw

Sen. Rand Paul took a chainsaw to the tax code, literally. But even a slickly produced campaign video couldn’t cut through the frenzy over Donald Trump.

The Kentucky Republican released an edgy video Tuesday called “How would you kill the tax code?” Sporting a black “Detroit Republican” T-shirt, Paul talks about creating a one-page tax form with a 14.5% flat tax and destroying “all 70,000 pages” of the U.S. tax code.

Then, for dramatic effect, he sets stacks of paper on fire, shoves them in a wood-chipper and takes a chainsaw to them, while an electric guitar squeals the national anthem.

But veiled references to the movie “Fargo” and Jimi Hendrix’s performance at Woodstock weren’t enough to turn the video into a viral triumph. For that, Trump, the Republican frontrunner, simply gave out Sen. Lindsey Graham’s personal phone number in a speech. 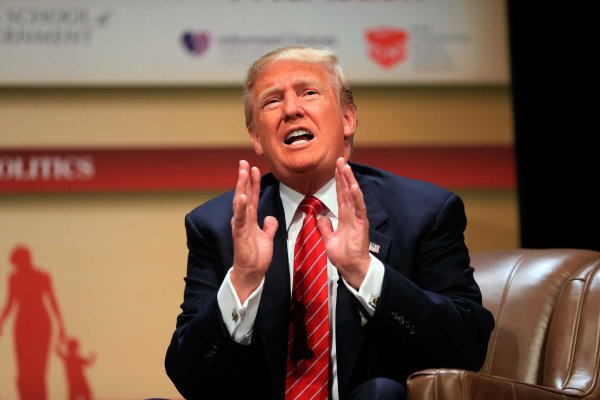 The Donald Trump Insult Generator
Next Up: Editor's Pick