In the upcoming American Ultra, Jesse Eisenberg plays a stoner Jason Bourne, a gas station cashier who is secretly a government superspy. Where the first trailer for the film showed off Eisenberg’s comically druggy persona, the new one goes deep on both his relationship with co-star Kristen Stewart and the full extent of his super soldier abilities.

The Adventureland stars trade in their Velvet Underground mix CDs for tasers as soldiers and drones pursue the suddenly activated Eisenberg. On the run from government soldiers, Eisenberg uses a spoon, a cup of noodles, a frying pan, and a rack of lightbulbs as weapons over the course of the two-minute trailer.

“I feel kind of amazing,” he says, covered in blood and blacklight.

American Ultra is out Aug. 21. 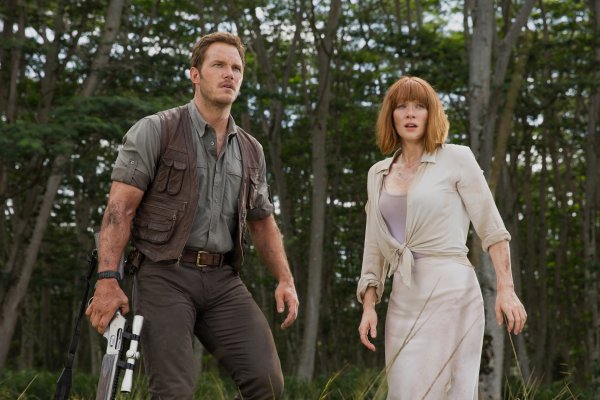 Watch Jurassic Park Recut With Everyone in High Heels
Next Up: Editor's Pick