Everything We Know About the Sandra Bland Case

A Texas prosecutor on Thursday cited as-yet-unreleased autopsy findings to confirm that Sandra Bland, the 28-year-old woman who was arrested in a routine traffic stop and later died in police custody, had died by her own hand.

Warren Diepraam, a Waller County prosecutor, told reporters Thursday that the only evidence “consistent with a violent struggle” were abrasions to her hands from handcuffs, likely sustained during her arrest.

A voice-mail message discovered Wednesday along with new information about the Illinois woman’s mental state had earlier raised even more questions about the puzzling circumstances surrounding her death.

In a voice-mail message obtained by ABC News, Bland said she was at a “loss for words honestly at this whole process” following her arrest for failing to signal a lane change on July 10 in Prairie View, Texas. Forms filled out by Bland from jail were released by officials, in which she said she had attempted suicide within the last year but did not feel suicidal. She was not placed on suicide watch inside the jail.

Family members have disputed the initial claims that Sandra Bland, a black Chicago-area woman who had recently relocated to Texas, hanged herself in her cell, claiming that she showed no signs of suicidal intentions. Here, a quick guide to what is known about the case so far:

Why was Bland arrested?
On July 10, the civil rights advocate originally from Naperville, Ill., was pulled over in Prairie View, Texas, for not signaling a lane change. The Texas Department of Public Safety says Bland was “argumentative and uncooperative” during the stop. A Texas trooper claimed that she had swung her elbows and kicked him in the shins. She was ordered out of the car, arrested, and charged with assaulting a public servant. In a video taken by a bystander, Bland can be heard saying that officers “slammed her head into the ground.”

In a news conference held Tuesday, Texas State Senator Royce West said that Bland “did not deserve to be put in custody.”

What does the police dashcam video show?
On Tuesday, authorities released a 52-minute recording taken from a patrol car showing an argument and physical confrontation between Bland and Texas State Trooper Brian Encinia, who asked Bland to put out her cigarette but refused. According to the video, Encinia appears to threaten to use his Taser on Bland for being uncooperative, saying “I will light you up.”

The original version of the video appeared to have some continuity issues, suggesting that it may have been edited before it was released. The Texas Department of Public Safety denied it had been intentionally re-edited, but released a second, complete version within hours with no material changes.

Does this video clear up any of the circumstances surrounding her death?
No. After her arrest, Bland was taken to the Waller County Sheriff’s Office jail and held for three days. Around 9 a.m. on July 13, she was found dead in her cell.

What do the police say happened?
Officials say Bland hanged herself with a plastic garbage bag, and security camera video released Monday appears to back up their account; the footage shows paramedics rushing to the hallway outside Bland’s jail cell but seems to show no activity outside the cell in the 90 minutes before. A Waller County prosecutor, citing preliminary autopsy results, said her death was suicide by hanging.

“It has not been determined that there have been any criminal activities or any criminal charges by any party at this time,” Waller County District Attorney Elton Mathis said in a press conference Thursday.

What does Bland’s family say?
That police may have been involved in her death, and that Bland had not been in a suicidal frame of mind. Waller County District Attorney Elton Mathis says that the investigation, which is being led by the Texas Rangers and the FBI, is being treated as if it were a murder case. “Ms. Bland’s family does make valid points,” Mathis said in a news conference Monday, according to the Washington Post. “She did have a lot of things going on in her life for good.”

A lawyer for Bland’s family says there is “no evidence” that Bland previously attempted suicide. Her sister, Sharon Cooper, confirmed Thursday to ABC News that Bland had a miscarriage in May 2014 but had not been treated for or diagnosed with depression.

“I think everybody has lows and highs and I think that, you know, she was having maybe a bad day that day,” Cooper told ABC News, referring to the day of her arrest.

Bland had recently moved to Texas for a job at her alma mater, Prairie View A&M University. However, video has surfaced of Bland claiming to suffer from depression. She also posted videos speaking out against police brutality.

What has happened to the arresting officer?
Encinia, the state trooper, has been removed from his patrol and placed on desk duty. On Wednesday, the Wall Street Journal reported that a criminal investigation into Encinia’s actions had been opened by Mathis, the Texas district attorney.

What has the autopsy shown?
In a news conference Thursday, Diepraam said that preliminary autopsy results found that Bland’s body did not show any defensive injuries, which would have been signs of foul play. Officials say there were consistent markings around her neck but no damage to her trachea or esophagus, which also could indicate a homicide. Diepraam also confirmed that marijuana was found in Bland’s system. 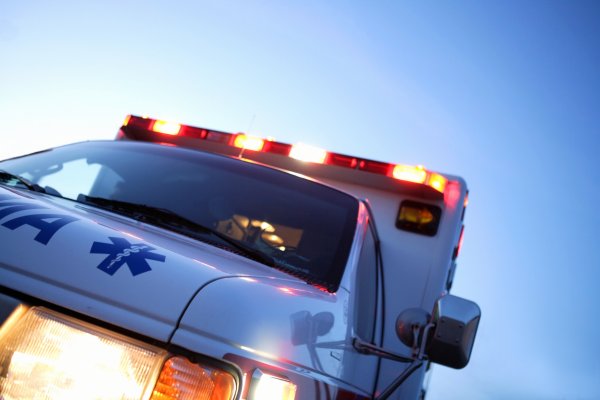 Asthmatic Man Dies After Being 'Hogtied' by Police
Next Up: Editor's Pick