Here's Why Valve's Virtual Reality Controllers Are So Vital

As of last week, I’ve finally tried all three major, high-end virtual reality headsets: Oculus VR’s Rift, Sony’s Morpheus and HTC/Valve’s Vive. From a new user’s perspective, all three experiences felt mostly similar. I’m convinced that when these headsets start hitting the market next year, a winner will be crowned based on available content, not differences in underlying technology.

But the Vive demo had something I hadn’t experienced yet, and it made the virtual reality experience much more immersive: VR-tuned controllers.

Before I tried the Vive, my experiences in virtual reality were mostly hands-free. I could look around various digital domains, but actually interacting with the ersatz world around me was largely either impossible or meant using the same kind of controllers designed for traditional video games (or, worse, a keyboard and mouse). The Vive demo, however, featured new controllers that look a bit like a sword hilt, designed specifically to let users manipulate objects and other elements in virtual reality.

What VR controllers actually let you do depends on the simulation you’ve got loaded up. In the demo I tried at a downtown New York City hotel on July 16, that meant a combination of clearing tiny fish out of the way of my scuba mask to get a better look at a humpback whale, grabbing the right ingredients out of a fridge and placing them in a pot to make soup, and failing miserably at rebuilding a broken robot. And all of these things felt incredibly natural and intuitive after just a minute or two.

HTC’s Vive won’t have a monopoly on virtual reality controllers; the Facebook-owned Oculus has announced a pair of its own, too. That these companies realize the importance of actual interaction in virtual reality is great news for fans of the medium. While modern VR totally blew me away the first time I used it, I was getting a little bored by the concept come time to put the Vive on. But the controllers added an entirely new element that’s got me thinking about much more complex possibilities in the virtual space, like adventure games (virtual reality Myst, anyone?), puzzlers (VR Monument Valley, yes please) and action titles (VR Star Wars: Lightsaber Battle, shut up and take my money).

Now, more than ever, I can’t wait to see the inevitably crazy ideas actual VR content creators cook up. 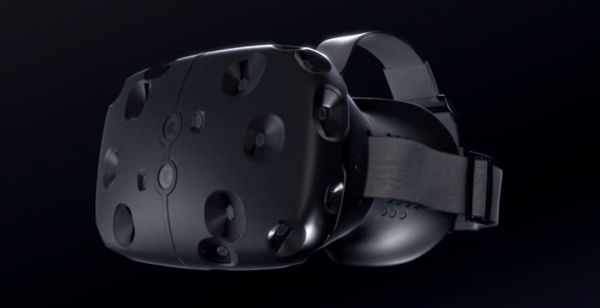 Watch the Demo That Will Make You Want Virtual Reality Right Now
Next Up: Editor's Pick