Wayne Smith is a senior fellow at the Center for International Policy.

I was an officer in the U.S. Embassy in Havana when the U.S. broke relations with Cuba on Jan. 3, 1961. Fidel Castro had come to power in January 1959, and many of us had hoped our two governments could work out a viable relationship. But as Cuba turned increasingly toward the Soviet Union, relations soured dramatically, and the break in relations, when it came, was something we all expected.

There was little contact between the two countries over the next 16 years—at least not peaceful contact. There was, of course, the Bay of Pigs, various terrorist operations, and a flow of refugees leaving the country. But then came President Jimmy Carter, who wanted to move toward improving relations. Thus, in 1977, the U.S. approved the opening of interests sections in the old embassy buildings in Havana and Washington to facilitate dialogue between the two countries.

I returned to Havana as chief of our section in 1979, hopeful of advancing that dialogue. But while Carter wanted dialogue, others in his administration did not, and so little was achieved. Then, with the election of President Ronald Reagan, all hope of improving relations went out the window. Over the next years, the U.S. tried to isolate Cuba, not to improve relations with it.

I therefore left the Foreign Service and became a professor and then a senior fellow at the Center for International Policy, where I continued to work for dialogue and a more sensible policy toward Cuba. U.S. efforts to isolate Cuba were protracted but ultimately not successful. As the effort began, Mexico was the only Latin American country to maintain diplomatic and trade relations with Cuba. But as the years went by, the whole complexion of the situation changed.

There had been a time when Cuba seemed to pose a threat to its neighbors. But over the years, that passed, and Cuba stressed its wish for friendly ties. Country after country changed course and moved to establish relations. By 2014, it was the U.S., not Cuba, that seemed isolated. It was now the only country in the hemisphere that did not have relations with the island—somewhat of an embarrassment.

Fortunately, President Barack Obama saw the need for change. On Dec. 17, 2014, he and Cuban President Raul Castro announced that the two countries would move to establish diplomatic relations. I was in Havana at the time and saw the enthusiastic approval of the Cuban people. Clearly, they want better relations. Polls indicate the American people do, as well.

On July 20, before a huge and joyous crowd, the flag went up at the Cuban embassy in Washington, and the American embassy opened in Havana (with the flag-raising ceremony to come later).

And so, the two countries now have formal diplomatic relations and an increased dialogue. But much remains to be done to improve relations. The U.S. embargo remains in place and can only be removed by Congress. The two countries have claims against one another that will require intensive and complicated negotiations to settle. And the U.S. wants to see Cuba move toward a more open society. Nonetheless, a start has been made, and the two countries are now on a more cooperative, constructive basis than they have been in half a century. Good.

Wayne Smith is a senior fellow at the Center for International Policy. 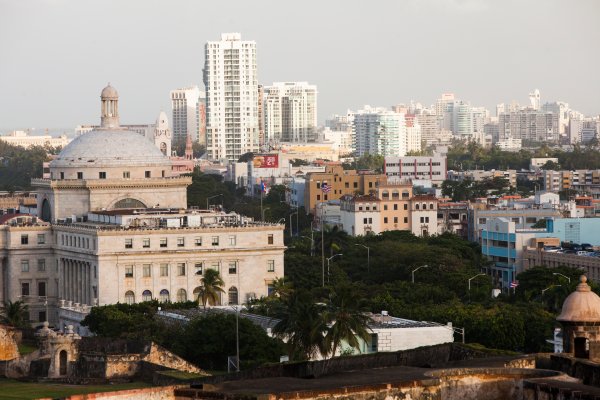 Archbishop: Congress Should Allow Puerto Rico To Declare Bankruptcy
Next Up: Editor's Pick