First, Apple revolutionized the Walkman, then the cell phone, and later the watch. Now, Apple seems to be planning on reinventing the car, hiring experts from across the auto industry.

According to a report in The Wall Street Journal, Apple has hired Doug Betts, a longtime auto industry expert who previously headed up global quality at Fiat Chrysler Automobiles. Earlier this year, Apple brought on Paul Furgale, an autonomous vehicle researcher in Switzerland, as well as hundreds of others from the auto industry.

The team for the secret project, code-named “Titan,” is working on creating an Apple-branded electric car, the Journal said. Some reports indicate that the car will be self-driving, but because Apple hasn’t said anything about the project, it’s difficult to parse out rumors from reality.

If the reports are true, however, then Apple will likely be going brain-to-brain with Google in seeking to produce a self-driving, electric car. The Google car, which has been explicitly discussed by the company, will be self-driving, and prototypes are already roving the streets of Mountain View, Calif. The autonomous cars have so far logged more than 2 million test miles, according to USA Today.

Of course, both Google and Apple will have a long way to go before electric, autonomous cars are in the hands of consumers. But Apple’s collection of auto industry experts potentially lends gravitas to a project that has long been obscured by rumor. 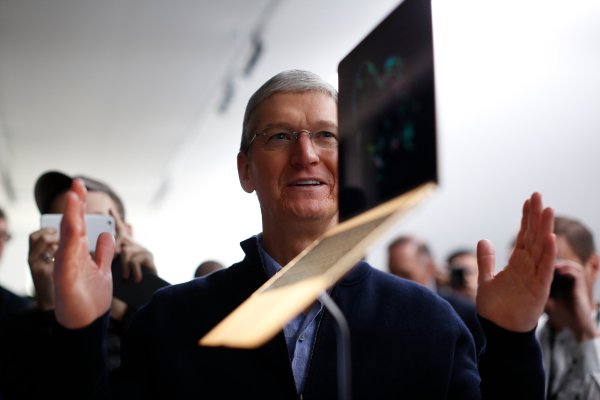 7 Radical New Features Coming to Your Mac in 2015
Next Up: Editor's Pick