7 Radical New Features Coming to Your Mac in 2015

Apple CEO Tim Cook stands in front of an MacBook on display after an Apple special event at the Yerba Buena Center for the Arts on March 9, 2015 in San Francisco, California.
Stephen Lam—Getty Images
By John Patrick Pullen

For early adopters, beta software releases can be enticing, if a bit dangerous — there’s no telling what installing a beta might do to your computer (backup first!). As a beta tester for OS X Yosemite, an operating system so popular with Mac users that it appeared on more than half the world’s Apple computers just four months after launch, I’m not totally sold on the follow up dubbed El Capitan. Still, these new features should be more polished when the OS is ready for a full release later this year. Here’s a closer look at what you’ll find:

To me, window positioning and re-sizing has always been a disappointment on Macs. The problem is so bad I’ve had to download third-party apps like Divvy and Stay to make my computer work the way I want it to. Now Apple is addressing that problem by allowing split screen apps. It’s clearly a play towards making the Mac seem more like an iPad (with its new split screen mode in iOS 9) and the iPad more like a Mac.

With every new Mac OS release, Apple seems to add new features to its Mail app. Personally, I never feel that the program is lacking features. Instead, I’d really like to see Apple make back-end stability improvements to the program’s overall performance and its smart mailbox features. But those enhancements don’t razzle-dazzle. Apple has announced some new full-screen capabilities that, like the split screen apps, make Mail perform more like an iPad. Whether you’re dragging-and-dropping a file into a new email composition, or have several messages open at once, I can’t imagine using Mail in the full-screen mode — not even on an 11-inch Macbook Air.

With El Capitan, Apple promises more organization with Mission Control, its desktop space and window organization app. As someone who runs Mac OS on two displays, I’m a big Mission Control user, though I never understood why it got its own designation as an app, and not a relegation as a feature. Even though it’s relatively simple to use, it tends to be something loved by power users and misunderstood by casual ones.

Once you made the transition from calling it “Spaces” (under Mavericks, Yosemite’s predecessor) Yosemite’s reimagining of this fast-switching feature worked great. You could see all your windows stacked by application with the app’s icon clearly displayed on top. El Capitan removes that bold icon, making it harder to quickly find the program you’re looking for. It feels like a change made for the sake of optics, not uses.

And here’s the stuff I already know I love:

What’s the first thing you do when you sit down at your computer? Apple knows: it’s wiggling your cursor about so you can find that puny little pointer. In El Capitan, when you shake your finger on the touchpad, the cursor temporarily swells up, making it easier to see so you can get down to business.

Like in the iOS 9 beta, Apple’s default Notes app gets beefed up, turning into more of a digital scratchpad where you can save everything from webpages and checklists to images and videos. As a user who’s all-in on Evernote, this feature doesn’t appeal to me personally, but it’s a great addition for casual Apple users, especially given how it syncs across the company’s ecosystem using iCloud.

Whenever Apple makes improvements to Safari, my ears perk up. Since I’m constantly researching online, I push Apple’s default web browser to its limits. As a result, I’d always welcome better memory handling (Yosemite improved the browser by leaps and bounds), but Apple hasn’t made such boasts in El Capitan’s build.

Instead, the new browser is currently touting three new tools that, while enticing, aren’t quite enough to make me upgrade yet. The first is Pinned Sites, a way to keep your favorite webpages open and active in the background without taking up much screen real estate. The second is AirPlay Sharing, which lets users share web videos via Apple’s streaming protocol without having to show off their entire screen. And the third is Tab Muting, which is exactly what it sounds like (or doesn’t sound like, actually). With as many tabs as I have open (current count: 18), it’s annoying to find and silence the one playing a loud, auto-playing ad.

I have a love/hate relationship with Spotlight: I love that it exists, and I hate that it doesn’t work properly for me. (To test my theory, I just opened it and typed in “resume,” and it returned “System Preferences” as the main result.) So Apple’s newest initiative to use it as a search engine for everything is equally exciting and disheartening. How can it possibly find movie times on the web if it can’t even locate a document on my computer?

But the thing I’m truly hopeful for about El Capitan’s Spotlight is asking it to run queries in my own words. For instance, I could type in “documents I worked on last week” and — in theory — that’s what I’ll get. Or I could get a photo of an ice cream cone riding a bicycle, because in reality those are the kind of results Spotlight has returned to me in the past. But still, imagine the potential.

And in the end, that’s what beta releases are all about: the potential greatness of the next software release. Will El Capitan deliver? We’ll have to wait and see until the beta is over and the full release is out. 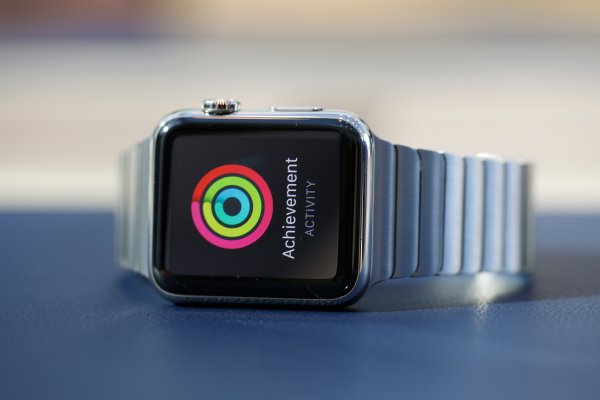 Apple Watch Satisfaction Is Off the Charts
Next Up: Editor's Pick