North Korea Not Interested in Iran-Style Nuclear Deal With U.S.

North Korea will not negotiate an Iran-style nuclear deal with the U.S. and other world powers, officials said Tuesday.

The North Korean Foreign Ministry released a statement saying the country is not interested in discussing looser sanctions in return for ending its nuclear program, Reuters reports.

“We are clearly a nuclear power and nuclear powers have their own interests,” an unidentified spokesman for the North Korean Foreign Ministry said. He went on to say that the isolated country is not interested in becoming “a plaything to be put on the negotiating table.”

“It is not logical to compare our situation with the Iranian nuclear agreement because we are always subjected to provocative U.S. military hostilities, including massive joint military exercises and a grave nuclear threat,” the official said. “We do not have any interest at all on dialogue for unilaterally freezing or giving up our nukes.”

The statement was made in response to the historic deal the U.S. and five other countries struck with Iran last week to ease sanctions in exchange for reduced Iranian nuclear capability. Like Iran prior to the deal, North Korea is sanctioned by the U.S., United Nations, European Union and various other countries for continuing to obtain and develop materials for nuclear weapons. 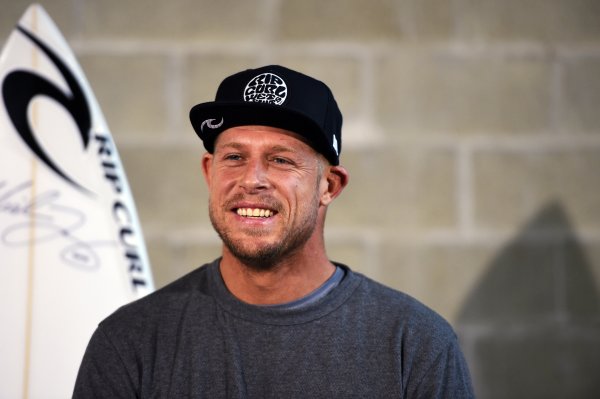 Surfer Who Fought Off Shark Is Not Giving Up the Sport
Next Up: Editor's Pick