Surfer Who Fought Off Shark Is Not Giving Up the Sport

The surfer who survived a shark attack on live television said Tuesday that while it may take weeks, or even months before he gets over the attack, he’ll definitely surf again.

“I’m sure I’ll go surfing [soon], surfing has given me so much, it’s something that gives me peace, I’m sure I’ll go back out,” Mick Fanning said Tuesday during a press conference.

In the nearly two days since Fanning fended off a shark during a competition in South Africa, and the champion surfer still appeared shaken according to the Guardian.

During a press conference Tuesday, he recalled the moment when he encountered the shark saying though he’s grateful he doesn’t have a scratch on him, he’s still dealing with the emotional stress of the ordeal.

“It’s more of an emotional, mental trauma. It will probably take a couple of weeks, months, I don’t know how long it’s going to take [to get over it]. I’m just lucky I’ve got great people around me,” he said. 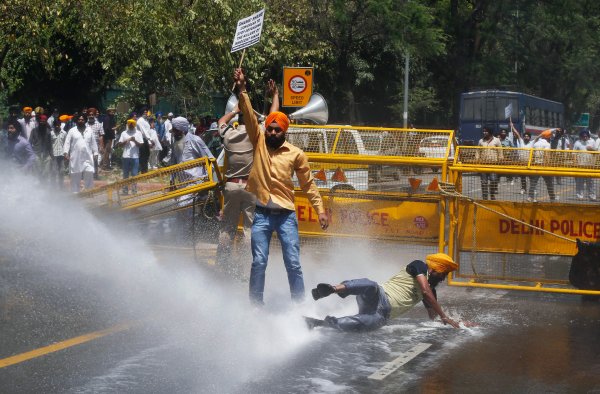 Communal Violence Rises Sharply in India
Next Up: Editor's Pick