Miley Cyrus is taking over MTV next month. The 22-year-old pop star announced on Instagram on Monday that she will host the 2015 Video Music Awards with a concise, expressive message:

“F–k yeah VMAs!!!!!” she writes. Cyrus will be the award show’s first host since Kevin Hart in 2012, as the last two year’s have gone host-less.

As one side of her sign alludes to, the supposed “performance prohibition” refers to the infamous 2013 performance with Robin Thicke where Cyrus lustily danced with the “Blurred Lines” singer in a moment that almost broke the Internet, if the breaking of the Internet could actually happen by a pop culture event.

Cyrus’ 2014 VMAs were more touching and emotional. Upon winning Video of the Year for “Wrecking Ball,” she sent up a teenager named Jesse who seized the platform to raise awareness of homeless teens in Los Angeles. 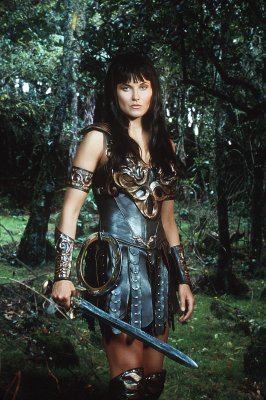 Xena: Warrior Princess Might Be Coming Back
Next Up: Editor's Pick