Dad Bod Is Explained By Science In a New Study

According to Clemson student Mackenzie Pearson, who wrote a viral essay essay on the appeal of the dad bod, it’s a physique that’s a “nice balance between a beer gut and working out,” the result of going to gym but indulging in a few pizzas once in a while and being okay with that. (Think John Hamm, and Chris Pratt before he went Jurassic.)

And according to scientists, Pearson and her demographic have pretty much nailed it. The source of that “more human, natural and attractive” body is unique to fathers and can be traced to simply having kids.

In a study published in the American Journal of Men’s Health, Dr. Craig Garfield, a pediatrician at Northwestern University Feinberg School of Medicine and his colleagues dove into a database of 10,263 men beginning when they were 12 years old and followed them for up to 20 years. They looked specifically at how body mass index (BMI), a combination of height and weight, changed over time as the men either became fathers or did not, and for those who did, whether they were what the researchers called resident fathers who lived with their children, or non-residents who lived separately.

Read more Why We Accept ‘Dad Bod’ on Rich Men

Whether or not they lived with their kids, becoming a father was linked to around a four pound increase in weight over the study period, while remaining child-free was associated with a 1.4 pound weight loss for a six-foot-tall man.

“It’s a unique look at the influence that a social phenomenon, becoming a father, has on a biological marker, namely BMI,” says Garfield. “It really plants fatherhood as a potential social determinant of health for men.”

That’s a critical finding, especially since men, and in particular young men, are typically less proactive about taking care of their health. Garfield notes that while many men will quit smoking and drink less and otherwise try to become healthier when they become fathers, there may be other factors associated with caring for kids that counteract those good intentions, such as being surrounded by more kid-friendly, high calorie foods and snacks, as well as their leftovers.

“From my own point of view, we wouldn’t have as many pizzas in the house if the kids weren’t around, and we wouldn’t have the brownies my wife makes if the kids weren’t around,” says Garfield. “Having kids around changes not only the food in the house and what is available to you for meal, but also for snacks. It also changes whether you are able to find time to get out and exercise and get enough sleep and take care of yourself.”

Dads, of course, are not alone in experiencing these effects of parenthood. But this is the first study to tease out specifically the effects of fatherhood on weight gain over time. Since men are less likely to be seeing doctors regularly, if they are joining their partners during prenatal visits or pediatric visits, says Garfield, those are good opportunities to talk to them about their own eating, exercise and sleep habits to make them aware of the sneaky way that pounds can creep up on dads and potentially affect their health (even if the look seems to have its own kind of physical appeal).

Read next: For the Dad Who Is Confident About How He Looks in Swim Trunks 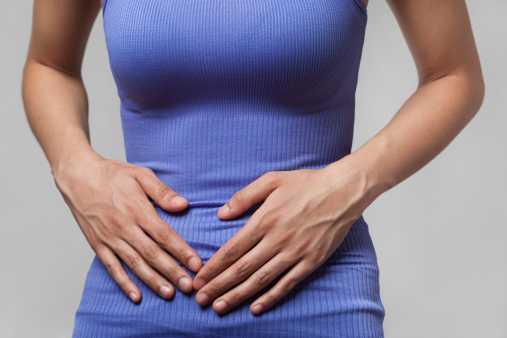 What You Should Know About Leaky Gut Syndrome
Next Up: Editor's Pick