Spotify's New Feature Will Help You Fight The Monday Blues

This photo illustration shows a woman as she uses the iPhone application of Swedish music streaming service Spotify on March 7, 2013 in Stockholm, Sweden.
Jonathan Nackstand—AFP/Getty Images
By Kia Kokalitcheva / Fortune

Spotify wants to help you beat the Monday morning blues with the launch of its new Discovery Weekly feature that provides you with a two-hour personalized playlist of music based on your tastes every week.

The the playlist will be available to the user every Monday morning, and will be based on the music they listen to as well as songs related to them. The feature is clearly an additional way for users to listen to tunes they love while also discovering new music. Spotify appears to have been quietly testing it since at least April.

“It’s like having your best friend make you a personalized mixtape every single week,” the company writes in a blog post announcing the new feature.

It’s also Spotify’s take on Pandora, the 15-year-old company that lets users listen to music similar to a song or artist, and Apple’s new music streaming service, whose predecessor, Beats, was known for its mood-based music recommendations. Over the past year, Spotify has acquired two companies, the Echo Nest and Seed Scientific, that focused on music analytics and using data for personalization and recommendations, and it’s been beefing up its teams working on these areas.

Spotify says that the more a user listens to it, the better it will get at crafting great playlists. It will also be available on any device, though Spotify recommends users save songs they discover and like before the following week’s mix shows up and presumably erases the previous one. 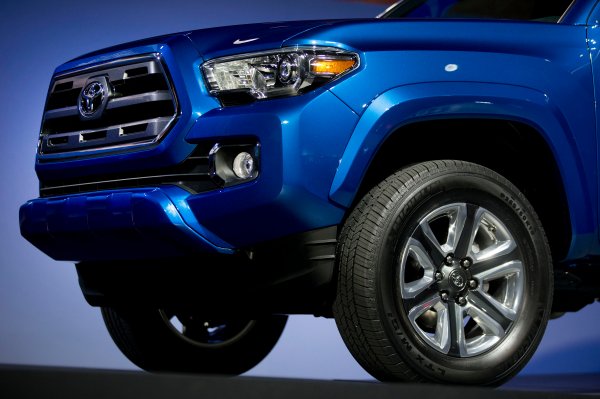 Toyota's New Trucks Will Come With a GoPro Mount
Next Up: Editor's Pick