Sandra Bland was found dead in a jail cell, apparently by suicide, after her arrest during a traffic stop. Now she’s joining a long list of now-familiar names of black people whose deaths have ignited a movement for change: Eric Garner, Mike Brown, Tamir Rice, Akai Gurley, Walter Scott. Until recently, that list of much-repeated names included few women.

Last week was the one-year anniversary of Eric Garner’s death at the hands of police officers, while next month is the anniversary of Mike Brown’s. And as the #BlackLivesMatter movement continues its push for social justice, a counter-narrative is emerging. Some women within the movement are accusing the media and even their own peers of focusing on violence against black men, but ignoring police violence against black women. When footage of Bland’s violent (and possibly illegal) arrest was released Tuesday, she emerged as the both the latest example of how black people experience police violence, and a powerful reminder that the violence is not only directed at black men.

Bland, originally from Illinois, was pulled over for a minor traffic violation in Prairie View, Texas and arrested after refusing to put out her cigarette. A newly released police dashcam video of Bland’s arrest shows her repeatedly demanding to know why she’s being arrested, and ends with her screaming, “you just slammed my head into the ground.” Three days after her July 10th arrest, Bland was found hanged to death in her cell. Officials say she hung herself with a plastic bag, and video released from jail cameras appears to show no activity outside her cell for the 90 minutes around her death. But her family claims she would never kill herself — especially since she was about to start a new job at Prairie View A&M University. Investigators from the Texas Rangers and the FBI are investigating her death as if it was a homicide.

The issue was bubbling even before the release of the footage. Over the weekend, protestors chanting #SayHerName at a Netroots Nation conference demanded Democratic presidential hopefuls Bernie Sanders and Martin O’Malley address questions of racial inequality and police violence. #SayHerName is a corollary to #BlackLivesMatter– it’s about reminding America that black women can also be victims of police violence.

Organizers say the it’s the media, not the movement, that focuses on the deaths of black men. “I often hear reporters say: ‘this movement is because black men have been killed at the hands of law enforcement,’ but we’ve never said that,” says Patrisse Marie Cullors, director of truth and reinvestment at Ella Baker Center for Human Rights and one of the three black women who originally founded #BlackLivesMatter. “That’s never how we characterized this movement.”

Last Friday, the African American Policy Forum released a stunning report shedding light on black women who have been killed by police. “When you ask people to name victims of police brutality, for the most part nobody will give you a woman’s name,” says Kimberlé Williams Crenshaw, a professor at Columbia Law School who co-authored the report. But if black women’s stories have been ignored, that’s ultimately a failure of media coverage– so perhaps the best way to combat that is by telling some of their stories:

Natasha McKenna: McKenna died after she was tased by police while she was shackled in a Virginia jail in February. McKenna, who had a 7-year old daughter and suffered from schizophrenia, had allegedly punched a cop in January and was jailed on charges of assaulting a police officer (she was originally held in a mental health facility, then transferred to County Jail.) She was kept in jail for over a week as officials tried to get her the mental health care she needed, but they ultimately realized they would have to move her to a different jurisdiction in order to get her psychiatric care. According to incident reports obtained by the Washington Post, McKenna became agitated after jailers handcuffed her to prepare her for the move, and started yelling “You promised you wouldn’t hurt me.” It took response team 20 minutes to subdue McKenna, according to the report, and they shackled her legs and hands behind her back and put a spit mask on her face. When they still couldn’t get her under control (even though McKenna was only about 130 lbs,) they tased her multiple times with a stun gun. Her heart stopped, and she died in the hospital five days later. Her mother took photos of her body, which showed black eyes, bruises, and a missing or amputated finger.

Janisha Fonville: Fonville was shot and killed in March when Charlotte, NC police officers responded to a domestic dispute between Fonville and her girlfriend of two years. Her girlfriend says she had warned the officers that Fonville had a knife and might hurt herself. Officers came into a darkened room and fired shots when Fonville took one step towards them. Later, Charlotte police said Fonville was holding a 6-8 inch knife, and had lunged at the officers after being ordered to drop her weapon. Fonville’s girlfriend said she did not have the knife in her hands and was at least six feet away from the police. When the lights came on, Fonville was shot in the head and neck. The officer who fired the shots had been involved in two previous shootings, the Charlotte Observer reports. He won’t be charged in Fonsville’s death.

Tanisha Anderson: Cleveland woman Tanisha Anderson, 37, died last November after police restrained her in a prone position. Her family called the police after Anderson, who suffered from bipolar disorder, started behaving erratically– they hoped police would take her to a mental health facility. After she broke out of the police cruiser, officers retrained her on the ground in a prone position, which led to her death. According to the AAPF report, Anderson’s family was not allowed to approach her or comfort her as she lay dying in the cold outside her home. The medical examiner ruled her death a homicide. 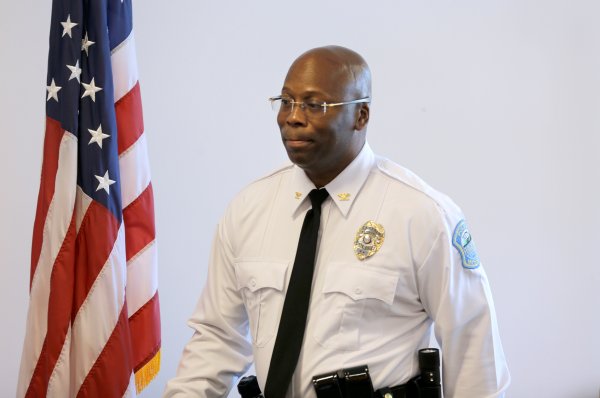