According to the most depressing blog on the Internet, 62 percent of American workers eat lunch at their desk, a phenomenon known as the “sad desk lunch.”

But Stephen Colbert doesn’t want you to be alone as you chow down and unwind with YouTube videos — so he’s launching a new web series called Lunch With Stephen, where he’ll eat lunch with you every day for a week.

In the first episode, above, watch him demonstrate good taste in Girl Scout Cookies, dispense brief relationship advice and give viewers a taste of what to expect when he takes over the The Late Show in September. 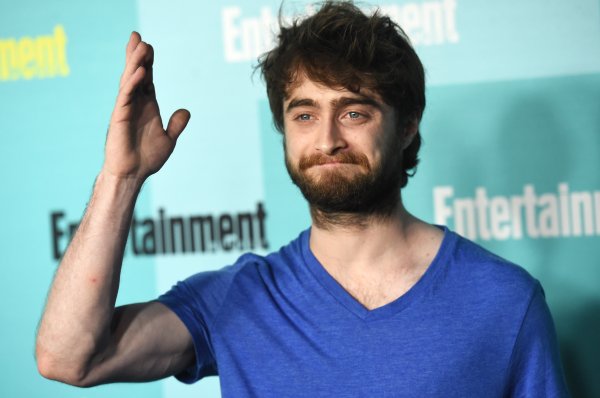 Watch Daniel Radcliffe Rap an Eminem Song at Karaoke
Next Up: Editor's Pick