President Dwight Eisenhower and Dr. T. Keith Glennan, the first head of NASA, discuss photos received from the satellite Tires I in Washington on April 1, 1960,
AP
By Lily Rothman

NASA may be devoted to exploring the universe, but the agency owes its existence to a far more earthly concern: office politics.

The National Aeronautics and Space Act, which was signed into law on July 29, 1958, was intended to “provide for research into problems of flight within and outside the earth’s atmosphere, and for other purposes.” One of those other purposes, as TIME noted shortly after the act was signed, was “to overcome the interservice rivalries that had confused the U.S. missile and space programs.”

Before NASA, various branches of the military were conducting research into aspects of space exploration like jet propulsion and satellites, and each wanted a key role in the exciting new field. Giving a single branch agency over all space exploration would alienate the others. Moreover, it could signal that the universe was a battleground as much as a place of inquiry. As the NASA act noted, activities in space “should be devoted to peaceful purposes.”

With the establishment of an agency specifically dedicated to space—and its counterpoint, the military research agency now known as DARPA, which was created at the same time—that bureaucratic nightmare was thought solved.

Or not. As TIME reported that autumn, NASA’s authority to take over peaceful space-centric mission didn’t exactly go down easy:

President Eisenhower tried to stop the kerfuffle by saying that he hadn’t yet decided who would run the Arsenal and Laboratory in the long run. The Army implied that they’d be fine splitting the difference and giving everything except Redstone to NASA.

A version of that plan is what ended up happening, and before the end of the year NASA’s preeminence in American space exploration was settled. And, TIME reported, there was no sign of future in-fighting—at least not that NASA’s Glennan would be involved with. “I doubt,” he said, “that I can go through this again.”

Read more from 1958, here in the TIME Vault: Fight for Space 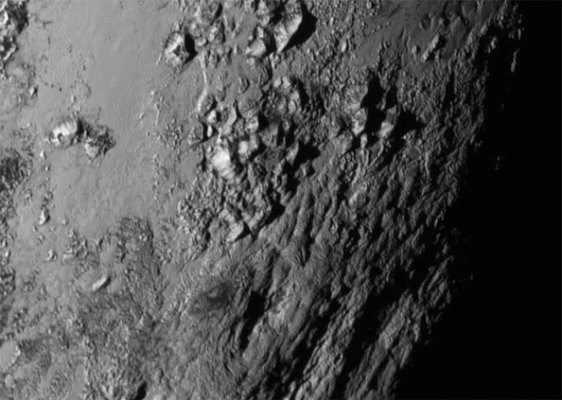 There Might Be a Mordor on Pluto's Moon
Next Up: Editor's Pick