You may not realize it, but one of your closest friends has a secret. Run down your list of buddies and see if you can spot him.

He’s probably a simple man with simple tastes. When the rest of the boys order pitchers of beer, he’ll order a lowball glass of cheap whiskey, neat. When you head to the shooting range, he prefers pistols to rifles. He’s always liked Steve Nash and Tyrion Lannister. His hands are a tad smaller, his fingers shorter, his preferred pocket style a little more snug.

His secret? He prefers smartphones with smaller screens.

Today, this sort of preference is technological sacrilege. The manufacturers have decreed that bigger is, in fact, better. Even Apple seems poised to follow the herd.

It didn’t have to be this way. Take a look at the top-rated phones from 2010, then compare them to today’s favorites.

Keep in mind: that low bar is the 3.5-inch iPhone, and it’s barely behind the pack. Even the big bad Motorola DROID X — the largest of the bunch — clocks in at a mere 4.3 inches: puny by today’s standards. The average of the 10? 3.96 inches.

So is the iPhone the last, best choice for the whiskey-sippers and small-pocket-wearers? Are there no other options for those who believe that the best things come in the smallest packages?

There’s still hope. Here are 10 fun-sized smartphones with great reviews and happy customers, none of which were designed by Apple in California.

Available through Sprint and MetroPCS, the LG Optimus is compact, affordable, and lightweight — the second lightest of this bunch. The camera’s nothing special, but the battery life is well above above average, particularly for a phone at this price.

If you love the Windows Phone interface but don’t need* 41 megapixels, the Lumia 620 is your small, inexpensive solution. It also sports the smallest screen of the lot, ideal for users with particularly tiny hands.

Available through AT&T, the HTC First comes with Facebook functionality built right into the OS. You can post status updates, swipe your friends’ message baubles around the home screen, and cry silently as your social network reminds you how much more fun everyone else is having. Better yet, a buck or two of your $200 purchase might one day go to Facebook’s next fire-by-the-hip, multi-billion-dollar acquisition.

The HTC 8XT is a phone for the misfits. It’s got a small screen (4.3 inches), runs on the third-place OS (Windows), and is only available with the third-place carrier (Sprint). Still, with a new contract, you can swipe this bronze-medal-rebel for free. Here’s to the crazy ones.

If you like HTC, but lost us at “Windows,” the obvious choice is the HTC One Mini, an AT&T exclusive more modest (and less pricey) than its famous older brother.

While we’ve got our qualms with the name (note to LG: we’re sending texts, not enacting a declaration of war), the phone itself is solid. With a physical, slide-out keyboard and compact design, the LG Enact is an excellent choice for QWERTY loyalists.

The Casio G’zOne Commando is a bit of a paradox: rugged, heavy, and full of hard consonants, yet small, cheap, and modestly-featured. If you spend more time scaling actual rock faces than playing Minecraft – Pocket Edition, this is your phone.

The once-proud DROID line still deserves a look, particularly if you like small screens. The DROID Mini is one of the more fully-featured fun-sized phones, with decent CPU performance and a 10-megapixel camera. And even if Motorola’s bleeding money while Apple slurps up profits, at least they have that one snarky ad. DROID does.

Perhaps the most obvious — and best — Android choice, the Galaxy S4 Mini is a can’t-go-wrong pick for shoppers who like Samsung products but worry the company’s best phones are turning into tablets. Just keep in mind that the specs, like the screen itself, will be scaled down from its more popular parent.

The best of the tiny bunch, the BlackBerry Z10 is the perfect undersized mobile device, with a focus on productivity over chart-bursting specs or millions of apps. Yes, your friend might tease you with a few BlackBerry-based barbs, but let him laugh as he taps away at his Galaxy Mega 6.3. Chances are that giant phablet is compensating for a secret of his own. 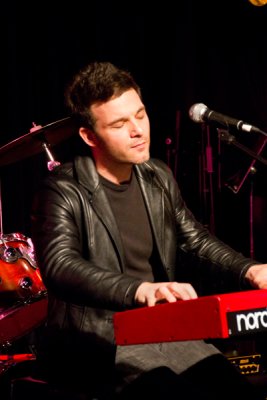 Video Game Music: 2014 GANG Apprentice Award Winner Explains How He Did It
Next Up: Editor's Pick