The 5 Best New Features Coming to Your iPhone in 2015

Covering tech often means living on the edge. Case in point: Apple doesn’t recommend you install the beta version of its upcoming iOS 9 mobile operating system onto your everyday iPhone or iPad, but I did. After a week of use, my conclusion is that the preview software works well enough to keep it installed, and the new iPhone and iPad features are welcome additions.

But it’s also worth nothing that running this pre-release software has crippled two of my most important apps. So look before you leap to iOS 9. Even if you wait until the full release is out later this year, you’ll still get these great new features:

First impressions go a long way, and Apple’s Siri entered this world to a chorus of criticism about things she couldn’t do particularly well. But the fact is, she’s evolved into an impressive assistant since her 2011 release, and iOS 9 gives her a big new skill set. Apple describes Siri’s improvements as added intelligence, but I would say she’s simply more self-aware. If you think of her as the brains of your smartphone, then you’ll get a better understanding of how you can use her.

For instance, Siri can now remind you about emails, websites, text messages, and more simply by saying, “Remind me about this.” You can add a time or a place to the end of that request, and Siri will prompt you about that particular topic exactly at the right moment. She’s also gained mastery over your Apple-stored digital goodies like music and photos. So, asking Siri to show some of your photos taken in a particular location or time quickly yields the intended results. But sometimes she returns images from the web, rather than from your photo roll. That’s what they call a “user error” in the business — you probably asked her for pictures from a place you didn’t GPS tag, for example.

Whether you’re on an iPhone or iPad, the first thing you’ll notice in iOS 9 is the keyboard looks strikingly different than it has over the past decade. The reason: lowercase letters. And while that may seem like a small change, it has a huge effect on typing, particularly for passwords. We may never know why Apple waited so long to make such an elementary change to its operating system. Regardless, it’s a welcome addition.

The iPad, however, gets a unique (key)stroke of genius with iOS 9. When you touch the keyboard with two fingers, the letters fade away and the whole space turns into a touchpad, making it possible to select areas of text without having to use the tiny in-line controls of old. This new virtual touchpad takes some getting used to (and maybe refinement on Apple’s end) but it will help turn your iPad into a more productive machine than it was under iOS 8 and earlier.

With iOS 9, you can now run more than one app simultaneously on your iPad. And when I say “you,” I mean, “not me,” because my fourth generation iPad can’t support the feature. So, whether it’s in Slide Over mode (which displays a secondary app in a drawer on the righthand side), Split View (which runs two apps side-by-side — on iPad Air 2, only), or Picture-in-Picture (works like it sounds, allegedly), you need an A7 chip or newer to enjoy it. The A7 chip gave iPads 64-bit architecture; in plain-speak, that’s personal computer-level processing might. So, if you have an iPad Air or iPad Mini 2 (or later), enjoy. Otherwise, upgrade your hardware.

Apple in iOS 9 has made some big improvements to its own apps. Beginning with the much-maligned Maps app, the company added mass transit options in major U.S. cities such as San Francisco, New York, and Washington D.C., as well as international locales like Berlin, London, and Shanghai. While I wasn’t able to enjoy that feature, I was delighted to find traffic indicators on my local maps. Android fans will be quick to point out that these features have long been fixtures of Google Maps and the competing operating system. And while I agree that they are totally overdue, it’s a welcome addition, especially since they’re stitched into the operating system.

Similarly, the Notes app also got an overhaul, making it more in line with Evernote and other catch-all services already on the market. Like iOS 9’s Android-like upgrades, this much-needed improvement feels too-little-too-late for me, since Evernote has been integrated into my daily life for years. But for casual Apple users (admittedly, the bulk of them), the ability to add photos, save websites, and insert checklists should be a welcome addition.

Apple News, an entirely new app, is another derivative feature, this one looking to ape the functionality of content aggregators like Flipboard. The app pulls news stories directly from publishers themselves (including TIME), giving iPhone and iPad users a diving board to get into popular stories instantly. As a news junkie (it’s an occupational hazard), I thought Apple News was nice, but it wasn’t going to make me scrap my current, continually curated means of reading news, though I imagine it would be nice for more casual readers when they’re bored. (Side note: Has anyone actually been bored since the advent of the smartphone?)

In addition to those major moves, iOS 9 has several subtle tweaks that make a big difference. For instance, double-clicking the home button when the iPhone is locked catapults Apple Pay to the screen. This isn’t hugely useful yet (previously the payment service activated when you tapped the phone on a payment terminal), but as the new Apple Wallet app adds loyalty cards to its functionality, you’ll want to be able to access those before the cashier asks for them. And when the iPhone is unlocked, double-clicking the home button still pulls up the app switcher, but it’s now more fluid-moving and easier to use than iOS 8’s awkward app/contacts mashup.

Another welcome improvement is the revived search screen. Swiping right from the home screen brings up a dashboard chock-full of suggestions, from recent contacts and apps to nearby attractions. Using this screen lets you search for anything from apps located on your phone to news that’s trending out in the world.

These results are a part of a larger “proactive” operating system initiative. That can be seen in the iPhone suggesting apps based on your daily routine (though it never recommended any to me) to my favorite new feature: The phone mining your emails to guess the identity of callers not in your Contacts. So now, when that person who you’d rather just email gives you a call, you’ll know to let it go to voicemail. Hello Siri… ‘bye Felicia.

Read next: Is the New Apple Music Worth the Money? 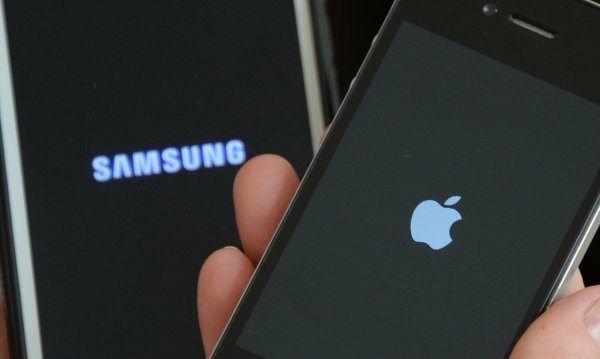 Apple, Samsung Are in Talks to Kill the SIM Card
Next Up: Editor's Pick