For the environmentally conscious daredevils out there, Tesla is offering to boost the acceleration of its flagship sedan.

CEO Elon Musk announced Friday a new “Ludicrous Speed” upgrade for the company’s top-end Model S. With the new feature, the vehicle can go from 0 to 60 miles per hour in 2.8 seconds, a 10% improvement from the Model S’ former max acceleration. The car can travel a quarter-mile in just 10.9 seconds.

The upgrade doesn’t come cheap. “Ludicrous Speed” will run customers $10,000, and it’s only available on the already pricey P85D model, which starts at $105,000 (a slightly less ludicrously speedy version of the feature will also be optional for Tesla’s upcoming Model X SUV). But if you’re trying to live like a secret agent in the danger zone, the speed boost may be worth it.

“It’s faster than falling”, Musk said. “It’s like having your own private roller coaster.” 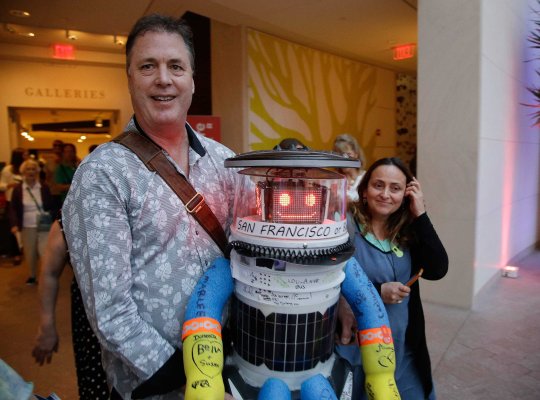 Hitchhiking Robot Embarks on a Coast-to-Coast Tour
Next Up: Editor's Pick