Anders Behring Breivik listens to the judge in the courtroom, in Oslo, Norway on Aug. 24, 2012.
Frank Augstein—AP
By Julia Zorthian

Norwegian mass murderer Anders Breivik, the gunman who killed 77 people near Oslo in 2011, was accepted to Oslo University from his prison cell to study political science.

Breivik gained admission to the university on Friday, but will have no contact with professors or students as he completes his course of study through prison staff during his 21-year prison sentence. Breivik’s first application to the university was rejected last year.

“All inmates in Norwegian prisons have a right to pursue higher education in Norway if they meet the admission requirements and are successful in competition with other applicants,” wrote Ole Petter Ottersen, the university’s rector, in an online statement. “It is part of the universities’ mission to uphold democratic values, ideals and practices, also when these are challenged by heinous acts.”

On July 22, 2011, Breivik killed eight by detonating a bomb in Oslo and then opened fire at a youth camp on a nearby island, killing 69 people. 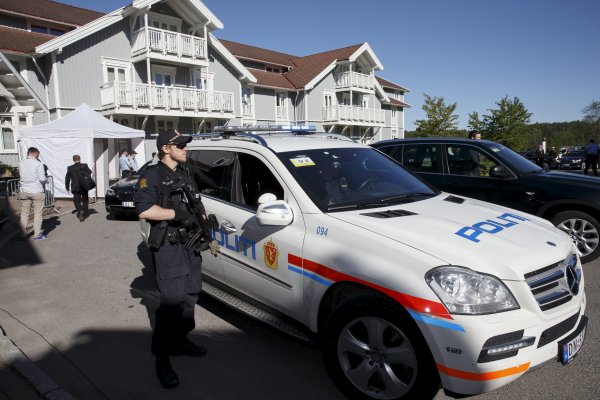