After a pair of knifepoint robberies in Vancouver’s Downtown Eastside neighborhood, a Canadian police officer was sent into the neighborhood undercover as a disabled person in an effort to apprehend the perpetrator. Instead of uncovering any wrongdoing, however Staff Sergeant Mark Horsley received unexpected acts of kindness while carrying out “Operation Wheelchair.”

Claiming to have suffered a brain injury that rendered him partially paralyzed and unable to count properly, Horsley relied on the kindness of others to deal with him fairly—everyone did. The 30-year police veteran said that no one attempted to rob or shortchange him, instead offering aid, money and prayers to the wheelchair-bound cop.

The operation did not ultimately lead to any arrests. 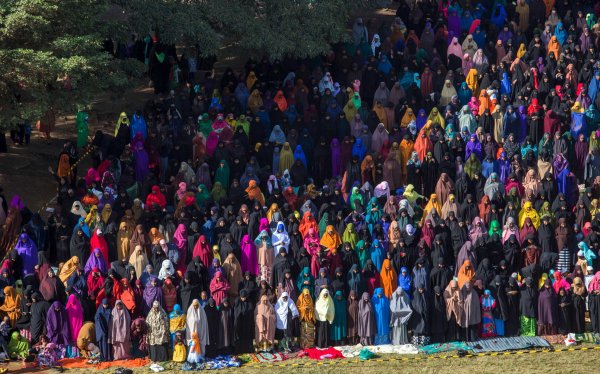 The Muslim Holiday of Eid Al-Fitr Has Begun
Next Up: Editor's Pick