How To Fix Work-Life Balance for Constantly Connected Millennials

There’s a paradox sitting at the heart of the issue of work/life balance at the moment.

Research shows that people are increasingly seeking 24-7 digital connection while driving; in the bedroom; and in social and family lives.

More and more people sleep next to their phones, take devices on dates and digitally connect at meal times. Many people want to be “always on.” But when you’re open and available, it’s hard to choose to ignore it when the emails happen to be from the office or the tweets are coming from the boss.

The concept of work/life balance largely precedes the advent of digital technology. The term was first coined in the 1970s, but 100 years ago, employees were taking papers home their work finished up.

Round-the-clock digital response and connection is much more pervasive. Research suggests that many millennials want their home life to be just that, in fact, 100% that. One global study of full-time workers in eight countries conducted by Ernst & Young finds that millennials — and particularly millennial parents — are so serious about finding work/life balance, they’re willing to relocate if it means they can move into a job that offers it.

This is only one snapshot, but there’s a lot of research around at the moment about work/life balance. Employees want to bring their own devices to work, and enjoy social media connection in whatever way suits them. But they want to close the door on work when they get home and not be pestered by work at home. And they are serious about it. The Ernst & Young study found:

So, here’s the paradox: People are encouraged to bring their own devices to work and yet many of those people who want to check personal updates at work don’t want it to work in the other direction. But it is hard to resist: the technology is an enabler of a poor work/life balance, and precedents are quickly established.

The digitally native generation are more than able and used to taking devices home with them. A survey by Workfront found that 22% of baby boomers in the 55-64 age bracket thought it was OK to answer a work email during dinner. Ask 18-34-year-old millenials though, and that shoots up to 52%. More than half of adults questioned in a 60 Minutes/Vanity Fair survey, meanwhile, said monitoring emails outside office hours was routine.

And so it seems that millennials who have become used to this constant digital connection are increasingly pushing back, even to the point of stepping away from the organisations who force it upon them. Evidence for dissatisfaction is growing.

Almost two-thirds of fathers who have youngsters under school age do not have a work pattern that suits them, according to a Guardian survey). Half the respondents were worried that requests for flexible or home working would be seen as a “lack of commitment”.

Left to their own devices

This offers a challenge to employers, particularly as it makes offering staff a work/life balance – in an age when it has never been harder – a key weapon in staff retention and attraction, at least, according to the Randstad Award employer branding research study. Finding and retaining the best millennial talent requires a genuine adaptability and sensitivity to the issue, and an ability to navigate a way past the “always-on” ubiquity of technology.

So, how are leaders and business owners attempting to resolve this paradox? My own research suggests that an increasing number of businesses are no longer managing staff by clocking their working hours but instead by co-ordinating by what organisational Canadian writer Henry Mintzberg calls “standardised outputs and values.” We agree goals and core values with employees from the outset and then leave it to them to complete their work in whatever ways suit them.

This is a very “millennial” way of working. It isn’t that millennials don’t want to take work home. It is more that they want to decide their own work/life balance. They don’t want taking work home to be the default position. According to a new survey of nearly 10,000 workers in eight countries by Ernst & Young’s Global Generations Research: “Younger workers see that technology frees them to work productively from anywhere.”

Maybe it is the attempt to incorporate this modern approach into traditional working patterns that causes the problems? It might just be a case of all or nothing to make it work.

We can address the paradox by putting the control of working flexibly into the hands of workers after agreeing the underlying values and goals. Work/life balance then becomes about freely working in different physical places, whilst mobile, on different devices and via flexible platforms. Just because we can bring our own devices to work, doesn’t mean we have to bring our work home.

In practice that means higher degrees of trust. It isn’t about micro-managing staff time and physical place, but current research suggests that is still largely going on. To succeed here, and for companies to get the right levels of performance out of their staff, it becomes about plug and play work processes, about porting content across platforms and devices, about respecting the boundaries between home and work and designing business processes that embed that respect. It means going the whole hog. Total flexibility to get the best out of agile technologies and trust to empower your flexible workers. 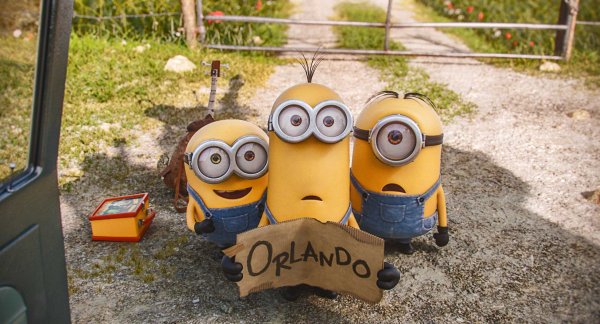 Leave the Poor Minions Alone
Next Up: Editor's Pick