Republican presidential candidate and reality television star Donald Trump has been deeply critical of former Secretary of State Hillary Clinton as he has embarked on his campaign, but it wasn’t always so.

The real estate magnate has a long history of delivering admiring comments about the woman he now calls the “worst Secretary of State in the history of the United States,” and a “desperate” and “sad” candidate.

When Clinton last ran for office, Trump was torn between supporting her and former New York City Mayor Rudy Giuliani. ” They’re both terrific people, and I hope they both get the nomination,” he told CNN in 2007, adding that he thought Clinton would surround herself with good people to negotiate a deal with Iran. A year later, Trump wondered publicly why Clinton wasn’t chosen as President Obama’s running-mate.

In 2012, as Obama was running for re-election, Trump called Clinton “terrific” again in an interview with Fox News, saying she performed well as Secretary of State.

And on Fox and Friends on Wednesday, Trump explained why he donated to Clinton’s campaigns.

“I’m a businessman. I contribute to everybody,” Trump said. “When I needed Hillary, she was there. If I say ‘go to my wedding,’ they go to my wedding.” 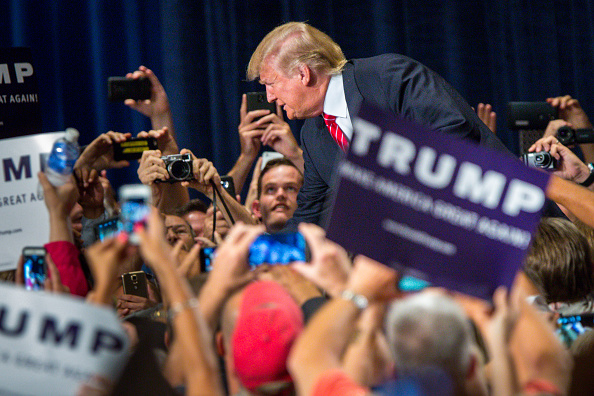 Trump Claims $10 Billion Net Worth
Next Up: Editor's Pick