The federal government is cracking down on an increasingly common labor practice of misclassifying employees as “independent contractors,” to avoid paying them benefits or payroll taxes.

The practice has been in the spotlight recently because of companies like Uber, which relies almost exclusively on contractors, but it exists across the economy, in industries including home health care, janitorial work, construction, sales, publishing, food service, garment work and hospitality. In the last fiscal year, the Department of Labor returned $79 million in back wages to 109,000 workers, after investigations showed that they were being treated as contractors even though they deserved the wages and benefits of employees.

To continue informing the public about the difference between contractors and employees, the Department of Labor published new guidelines last week based on the 1938 Fair Labor Standards Act, the law that establishes rules for minimum wage and overtime. TIME spoke to employment experts to help explain the rules and answer common questions.

How do I know if I’ve been misclassified?

The best way to truly know is to consult a lawyer or call the toll-free number for the Wage and Hour division in the Department of Labor listed on this website. Employment law is pretty complicated, and depending on the details of your job, the labor violation can cut across a number of different laws and agencies including the Department of Labor, the National Labor Relations Board and the IRS.

But when it comes to wage and hour laws, much of it is based on how much an employer controls your time and exerts power over your work, and how much you depend on the employment of that single employer to make a living. It’s work taking a look at all of the official guidelines. But factors include things like how integral the employee’s service is to the employer’s core business. A carpenter who works for a construction company, for example, is more likely to be an employee than someone who creates a special software program for the company to track its bids. Another factor has to do with who determines how the work is done. If you are a specialty carpenter who only makes handcrafted cabinets and offers them to many different companies, you are more likely to be an independent contractor than someone who comes to work every day and executes a supervisor’s orders.

If I think I’ve been misclassified, what should I do first?

The first thing you should do is to either call the toll free number on the Department of Labor’s website, or get legal advice from a lawyer.

What if I don’t want to get a lawyer involved or file a complaint with the Department of Labor? Wouldn’t it be better to just address it with my employer informally?

That’s the last thing you should do, said Carole Vigne, staff attorney and director of the wage protection program at the Legal Aid Society Employment Law Center in San Francisco. “Don’t informally walk into the bosses office and say ‘I think I’ve been misclassified.’ The problem is evidence. You want to create a record, and that’s really the best way to protect yourself against retaliation,” she told TIME. Save your pay checks. Take detailed notes every day of your start time and end time, your tasks, and when and whether you take meal breaks. The more information the better. If you are going to address your employer, she advises to do it over email to create a record.

I’ve noticed that other employees who work at my company might be in the same situation. Should I complain alone, or see if they’ll join me?

Rachel Bien, a partner at Outten & Golden in New York, who specializes on wage and hour litigation, said it’s usually a better idea to make a complaint in a group. “Unfortunately its really tough for individuals go it alone,” she told TIME. “That’s why you’ve seen [the] most change when large groups of workers who have been misclassified come together and try to address it collectively in a class action lawsuit.”

Vigne, the employment lawyer from San Francisco, said if you aren’t involved in a big class action, there is strength in numbers even if it’s just two or three employees. The National Labor Relations Act protects employees who organize, even if they aren’t members of a union.

I don’t want to get involved in a lawsuit! Is there anything else I can do?

Yes. For some employees, particularly those in vulnerable low-wage jobs, the best avenue may be to go to the Department of Labor. If you call the toll free number (1-866-487-9243), the department will refer you to the best agency to help you. Sometimes it will be Wage and Hour, sometimes it will be the IRS, and sometimes, if you work in a state like New York or California with laws that are more favorable to the worker than federal laws—they’ll advise you to go to the state. The Department of Labor’s wage department has offices in every state, and usually a complaint will result in an in-person meeting or a phone call.

What happens if I make a complaint?

In most cases, said the Department of Labor spokesman, the complaints result in an employer changing its practices, and paying the workers what they are owed.

Correction: The original version of this story misstated the name of the lawyer at Outten & Golden iwho specializes on wage and hour litigation. She is Rachel Bien. 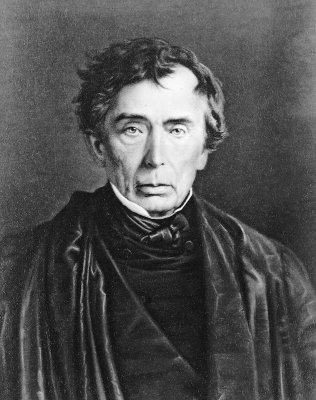 The Supreme Court Case That Proves the Antebellum South Wasn’t Really Concerned With States' Rights
Next Up: Editor's Pick