What Hiram Bingham Got Wrong About Machu Picchu

Until the archeologist Hiram Bingham came across it on this day, July 24, in 1911, most of the world thought the ancient Incan city of Machu Picchu was lost, as was their capital Vilcabamba. As TIME reported in 1948, when Bingham returned to Peru to celebrate the opening of a road to the site, which would bear his name, he began by studying old charts and texts, until he was sure that there was an Incan capital city somewhere in the Andes that had never been found by the Spanish invaders. He got a key tip from a local muleteer and, upon climbing Machu Picchu peak, found the lost city hidden under vines.

Of course, the very fact that the muleteer had the tip to offer means that Machu Picchu was never completely lost in the first place. It was just ignored by all but the locals who lived their lives around the site. Shortly after Bingham’s death, when a plaque was dedicated to him at the site, the magazine had cause to revisit the tale:

By Bingham’s own reckoning, the city was actual a pre-Incan fortress that eventually became a Quechua city, where the first Incan king was born. When the Spanish arrived, Bingham said, the Incas who could fled to Machu Picchu, but the empire only lasted a few more decades before the last of their kings was killed in the 16th century.

Though Machu Picchu never lost its appeal to tourists, it did turn out that Bingham’s account of what had happened there wasn’t exactly true. Modern experts argue that Machu Picchu was a mere country retreat for aristocracy—and not a major center of Incan life at all.

Read more from 1948, here in the TIME Vault: Explorer’s Return

For your security, we've sent a confirmation email to the address you entered. Click the link to confirm your subscription and begin receiving our newsletters. If you don't get the confirmation within 10 minutes, please check your spam folder.
Most Popular on TIME
1
Read Donald Trump's Full Inauguration Speech
2
All the Marvel Clues You Missed in WandaVision's First Two Episodes
3
What COVID-19 Mutations Mean for Vaccines 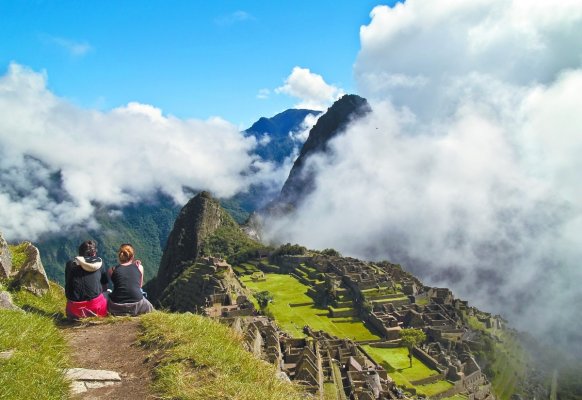 Australians and Canadians Detained for Stripping at Machu Picchu
Next Up: Editor's Pick