Loch Ness Monster Probably a Catfish, Says Man Who's Been Watching for 24 Years

A view of the Loch Ness Monster, near Inverness, Scotland, April 19, 1934. The photograph, one of two pictures known as the 'surgeon's photographs,' was allegedly taken by Colonel Robert Kenneth Wilson, though it was later exposed as a hoax by one of the participants, Chris Spurling, who, on his deathbed, revealed that the pictures were staged by himself, Marmaduke and Ian Wetherell, and Wilson. References to a monster in Loch Ness date back to St. Columba's biography in 565 AD. More than 1,000 people claim to have seen 'Nessie' and the area is, consequently, a popular tourist attraction.
Keystone—Getty Images
By Sarah Begley

A man who has spent the last 24 years searching for the Loch Ness monster says it is probably just a catfish, after all.

Steve Feltham, 52, apparently gave up his job, home and girlfriend more than two decades ago to track Nessie, but now he’s convinced the mythical beast is just that—a myth. Now he thinks it’s much more likely that the creature people have reported seeing is a very large Wels catfish. The species can grow up to 13 ft. long and were introduced to the water for fishing during the Victorian period, according to Reuters. Never mind that the first written record of the monster is from the 6th century AD.

Has Feltham’s realization brought a sense of wasted time? Not so. “I certainly don’t regret the last 24 years,” he told the Times of London. 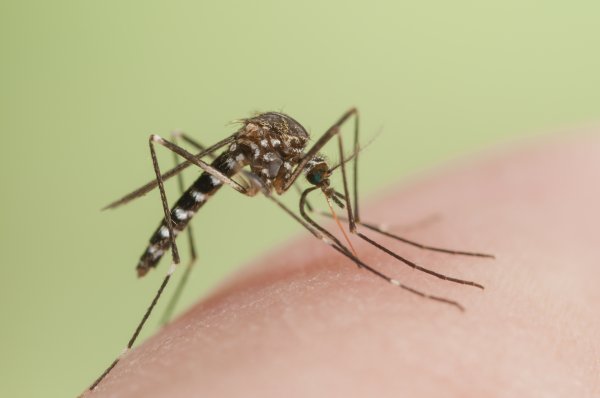 Why Mosquitoes Will Always Track You Down
Next Up: Editor's Pick